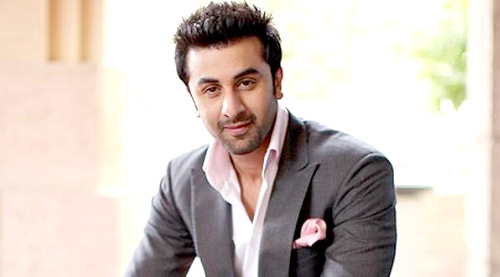 A new start, a fresh beginning - This could well be Ranbir Kapoor's mantra in months to follow. While Tamasha is expected to close the year for him on a winning note, in Jagga Jasoos he would be seen with lady love Katrina Kaif. Meanwhile, he is all set to begin shooting with Aishwarya Rai Bachchan and Anushka Sharma for Karan Johar's Ae Dil Hai Mushkil. Clearly, there is a lot on his plate to keep Ranbir Kapoor occupied.

"Anushka is someone who makes me feel better about myself as a co-actor. That is very important to have a great working relationship. I have had such a fabulous experience in her company. Due to this, I am looking forward to Ae Dil Hai Mushkil) even more."

"I am done with Tamasha. The film's shooting is over. I am quite excited about its release."

"There is a lot of work left on Jagga Jasoos. It is a musical in spirit and by genre is a detective film. It is an adventure film like Indiana Jones series. It has a lot of different facets going for it. It is a hard film to make."

On the time that it is taking to complete Jagga Jasoos

"See, Anurag (Basu) is a mad man. He doesn't work with a script. The whole story, stage, setting and location are him only. That said, he is a fascinating entity to work with."

On turning producer with Jagga Jasoos

I am not producing it per se. See, today actors have started asking for a percentage from their films, so I have a 50% stake as a producer fee. I would only produce films in a 50-50 partnership because if I as an actor am not making a film, then I should be having only that much incentive.

"I have enough money; I am not chasing films to make money. I just felt that since I and Anurag have a tuning, let's go for making a film. So we have a base and infrastructure but it is basically Anurag who runs the production. I am just an actor on the film and I am just lucky to be a producer on the film."

"I think to make a wholesome Hindi film is the hardest job in the world. When you see films as diverse as PK, Dabangg or Rowdy Rathore - each of them worked because of wholesome entertainment. People think it is easy to make such films. No, it is not."

On bouquets and brickbats

"I truly believe that media as well as audience have been great with me. They pat my back extra strong when I do well and then reprimand me when I go wrong. I accept that instead of getting upset about it all. I am lucky to be in this place. I love my work."