Anushka Sharma has been spending some quality time with hubby Virat Kohli in London. The actress, who wrapped up both of her films – Zero and Sui Dhaaga – Made in India recently, has been in London for almost two months now. She joined her husband Virat Kohli to cheer for Indian Cricket Team at the ongoing series with England. While they steal some quality time for each other in between Virat's hectic schedules, they often spend time with their close friends as well. Anushka Sharma recently reunited with her Ae Dil Hai Mushkil co-star Ranbir Kapoor. 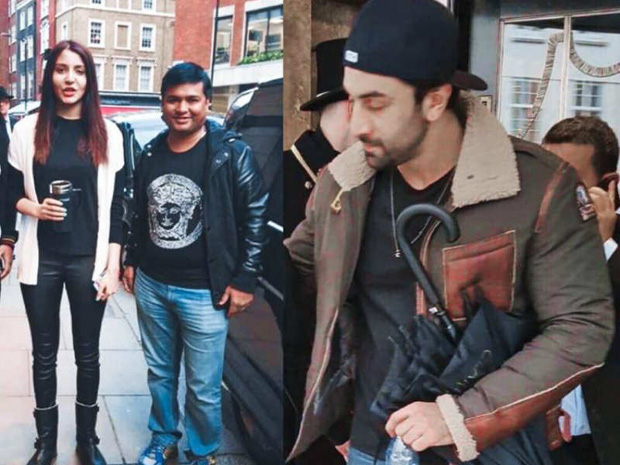 Ranbir Kapoor, who has been shooting in Bulgaria for Brahmastra, recently visited Birmingham to enjoy a meal with Anushka Sharma and Virat Kohli. According to a daily, they were joined by a close friend for lunch. After the luncheon, Virat Kohli headed back for the cricket practice whereas Ranbir, Anushka and their friend left in a cab together.

Anushka Sharma and Ranbir Kapoor have been friends for a while. They have starred in two movies- Anurag Kashyap's Bombay Velvet and Karan Johar's Ae Dil Hai Mushkil.

Ranbir Kapoor, on the other hand, is busy with the shooting of Ayan Mukerji’s Brahmastra. The film stars Alia Bhatt, Mouni Roy, Amitabh Bachchan, Nagarjuna and Dimple Kapadia. He has two projects post this film- YRF’s Shamshera and Luv Ranjan’s next production with Ajay Devgn.