Bollywood actors Ranbir Kapoor and Alia Bhatt, after five years of courtship, are set to tie the knot today on April 14 in presence of family and few friends. The actors were keeping mum on their impending nuptials but on April 13, both Karan Johar and Ayan Mukerji unveiled a teaser of the song 'Kesariya' from Brahmastra confirming that the two actors are getting married this week. The festivities began on April 13 with the Ganesha puja followed by mehendi ceremony on Wednesday. Ahead of the wedding day today, Neetu Kapoor shared a photo of her mehendi. 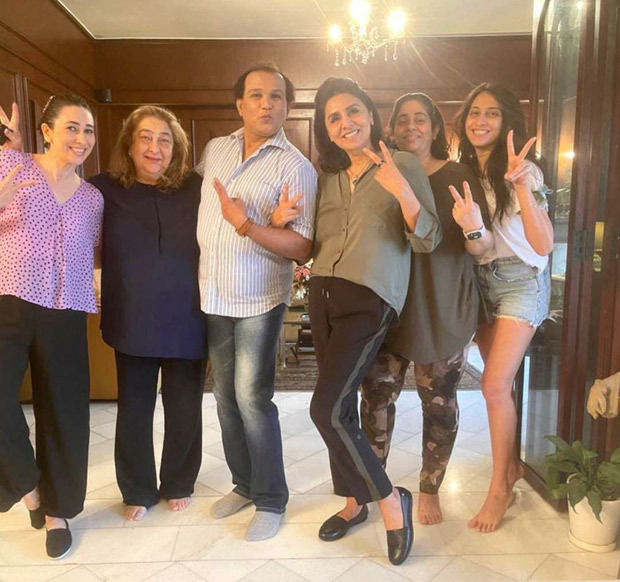 Neetu Kapoor on Thursday took to Instagram stories to share a photo of herself and Riddhima Kapoor Sahni arriving at the wedding venue on Thursday morning. The actress then shared a boomerang video of hand flaunting her henna. Her late husband Rishi Kapoor's name 'Rishi' was painted in it. The wedding will take place today, April 14. The baaraat will start from Krishna Raj bungalow and go to Ranbir's ancestral home. 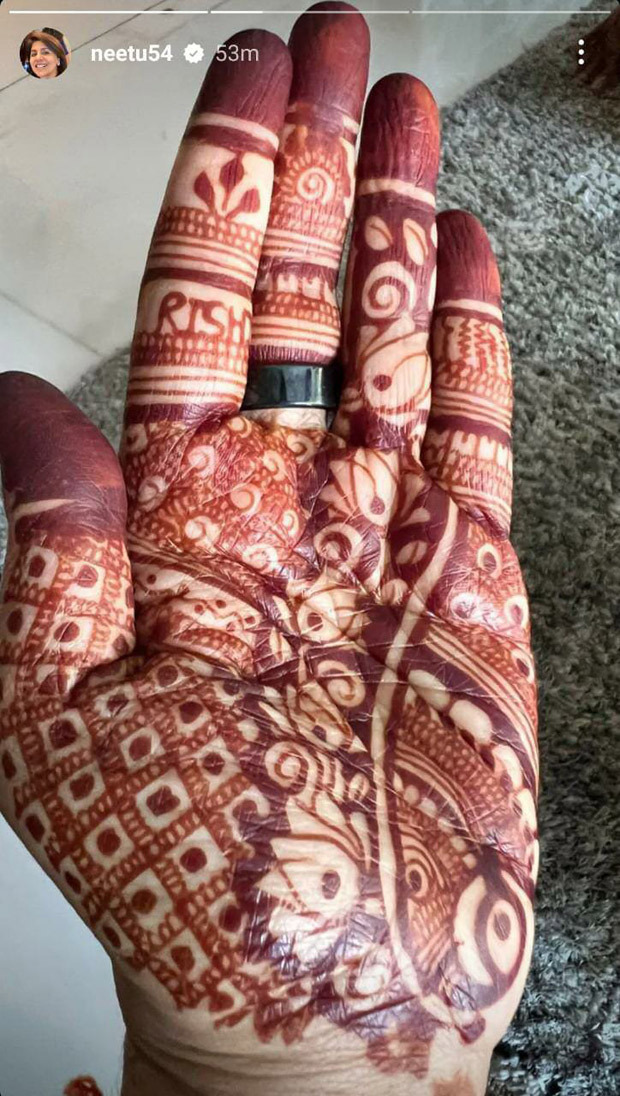 Neetu Kapoor also shared a photo with her dance squad hinting at the sangeet ceremony. In photo, she was posing with Rima Jain, Karisma Kapoor and few other family members.