That Ranbir Kapoor has finally relented to Alia Bhatt’s persistent request for marriage, has taken a lot of his friends by surprise. Ranbir was never the marrying kind. He has been THIS close to the altar at least thrice before altering the altar plans. To call him commitment-phobic would be an understatement. Ranbir was way beyond that. But when he fell in love he fell really hard. 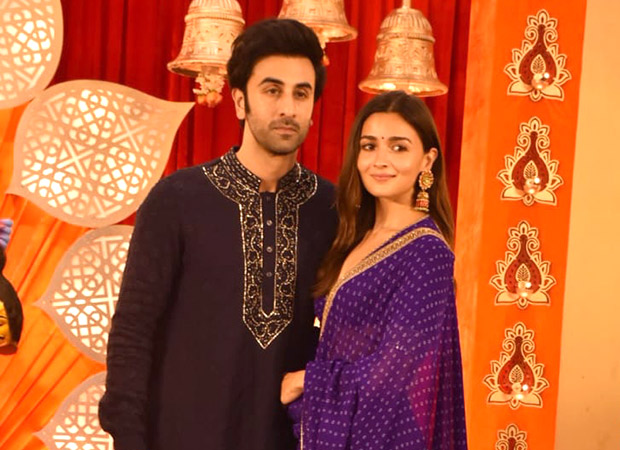 Ranbir Kapoor – Alia Bhatt alliance: A retrospective of the actor’s past relationships

I remember right after Ranbir’s debut film Saawariya was released he was in love with a divorcee-socialite. He told me would kill himself if he didn’t get to marry her. But what to do? Ranbir’s mother Neetu Singh did not approve of the match. Ranbir was soon over the relationship.

Then he was into a serious relationship with Deepika Padukone and he “chose” me to make the announcement.

In a sensational interview with me, Ranbir spoke his heart out. “I’m very happy in my relationship with Deepika. Do I look like a frivolous person to you? But before you ask, we aren’t getting married right away. Let’s see where it goes. And neither are we going to sign films just to be together. She has her career to focus on. I have mine. Coincidentally, we started our careers on the same Friday. We have our priorities in place. Beyond all the grace and dignity she projects, she’s also very simple and shy. She has simple needs. She’s caring. And she respects her family. I really like that. Also she’s an independent career woman at 22. She’s achieved so much in so little time. I’m extremely proud of her achievements. And I’m so happy to be part of her life.We became close while we were shooting in Australia for a month for Bachna Ae Haseeno. That’s when we really got to know each other. Then we shot a Pepsi ad together when we returned to Bombay. Her parents are extremely nice and caring people. I tell my mother everything. So there was no way I could be in a serious relationship without my parents knowing.”

About being linked with a gallery of gorgeous women Ranbir protested, “I think it’s very unfair for the women who are linked so carelessly with me. I can imagine how embarrassing it is for the girl and her family. Me being linked with Sonam Kapoor was inevitable. Every time two newcomers do a film together, they are supposed to be involved. We’ve been friends since childhood. She’s an amazing girl.”

When Katrina Kaif took over Ranbir’s heart, he stopped sharing his love secrets with the press. But it is a fact that Katrina was willing to go that extra mile with Ranbir. She was actually ready to chuck her career to play the real life role of Mrs Ranbir Kapoor. She had stopped signing films and they had moved into their love nest where they planned to live after their wedding.

Overnight, as it were, Ranbir changed his mind and fled –yes literally fled—from the relationship. The sudden end of the relationship without a proper closure shattered Katrina. It took her years for her heart to heal. Happily, she is now in a happy place.

Being so devoted to Ranbir, what really stopped Deepika and Katrina from becoming the Kapoor Bahu was their inability to get along with Ranbir’s mother.

Rule No 1 for ruling the Kapoor khandaan as their Bahu: get Mama’s boy’s approval. Neetu Singh had to literally work on Mrs Krishna Raj Kapoor before she could become Mrs Rishi Kapoor. It took Rishi Kapoor a good 10 years of courtship with Neetu before he could propose to her.

There is so much of Neetu-Rishi in the Alia-Ranbir relationship. Rishi too had gone through several relationships. But the buck stopped at Neetu. The same is true of Alia who gets along famously with Neetu Kapoor. During Rishi’s prolonged illness, Alia would leave all her work and rush to the US to be with Ranbir’s parents with or without Ranbir.

This was the time when Ranbir made up his mind to marry Alia. Rishi and Neetu were all for the alliance. Ranbir would have married Alia two years ago, if his father hadn’t passed away. The tragedy affected Ranbir more than he could ever imagine. I remember when his Naani, Neetu Singh’s mother, who doted on him and who stayed in a room at the RK residence right opposite Ranbir’s room, died. The Naani was in and out of Ranbir’s room all the time. And yet when she was gone Ranbir confessed to me, “I felt nothing.”

With his Dad, it was different. His death broke something inside Ranbir. He learnt to love. He was ready for marriage.