Distanced by circumstances but connected by hearts, such is the story of everyone’s favourite Ram Kapoor (Nakuul Mehta) and Pihu (Aarohi Kumawat) of Sony Entertainment Television’s Bade Achhe Lagte Hain 2. Till now viewers have seen their ‘Khatta-Meetha’ bond, but in the upcoming episode, they will see a different side to Ram. 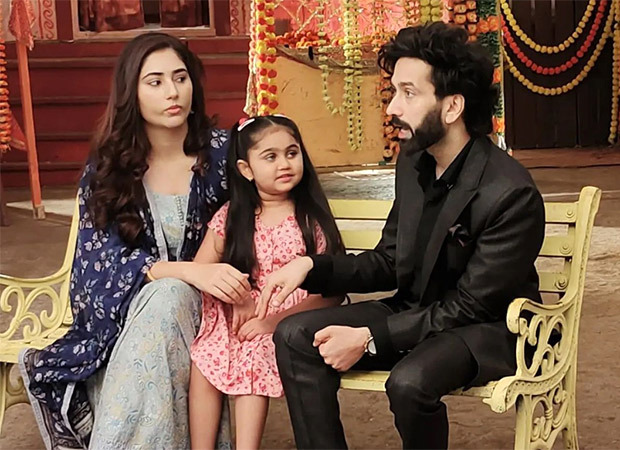 Through the last few episodes, audiences have witnessed that Ram and Pihu share a unique bond despite not knowing that their father and daughter. Keeping up with that, Ram will turn savior for Pihu in the forthcoming episode. A source close to the show revealed, “Ram Kapoor is currently juggling between his business dealings and personal life and doesn’t care about emotions. However, he will be seen saving Pihu from a big disaster.”

Adding further about how the scene will unfold, the source added, “As fate would have it, Pihu will fail to notice a manhole on her way back from the restaurant and would almost fall into it. But considering the connection they share, whenever one is in danger the other turns into their shadow and makes sure to get them out of the situation. Similarly, Ram in the nick of time will save Pihu from falling into the manhole, proving the famous adage - fathers are every girl's superhero.”

Speaking about the scene, Aarohi said, “Before the shot, Nakuul bhaiyaa made sure that we rehearsed well for the scene. Even though this is only a scene and not real, he was concerned for me. Till now we have only shot adorable scenes together, so this will be our first serious scene, and I hope the audience loves it."

Viewers are currently loving the chemistry of Ram, Priya, and Pihu and expressing their desire on social media as they are eager to witness the Kapoor-Sood family union soon!

Also Read: Bade Achhe Lagte Hain 2: “Nakuul Mehta and Disha Parmar look after me as if I am their child,” says Aarohi Kumawat aka Pihu