You do not always have to be blood-related to feel the warmth and beauty of a mother-daughter relationship. Proving the same are the on-screen mother daughter duo of Priya and Pihu! Aarohi Kumawat essays the role of Pihu, with Nakuul Mehta essaying the role of father Ram and Disha Parmar who plays the role of her mother Priya Sood in Sony Entertainment Television’s ongoing show Bade Achhe Lagte Hain 2. They share a khatta meetha bond in their reel life while they have a very loving relationship in real life. 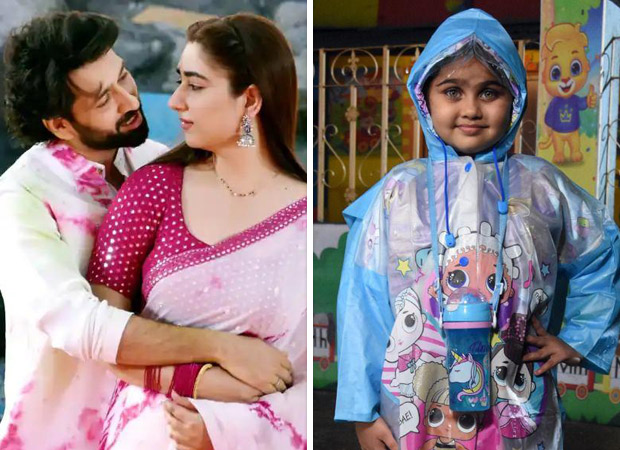 Bade Achhe Lagte Hain 2: “Nakuul Mehta and Disha Parmar look after me as if I am their child,” says Aarohi Kumawat aka Pihu

Spilling some beans about their real-life chemistry and bond, the little munchkin Aarohi Kumawat said, "Although we have our differences in on-screen, we share a tight bond in real life. There hasn't been a day since I started the show that Nakuul bhaiyya, Disha ma'am and I haven't spent our free time speaking and sharing ideas. We just talk about acting or my school, my interests, and my day-to-day routine because they are both quite clever and well-read. Sharing the screen with them is a learning experience in and of itself because they are such a talented artist. We've shared a room since the beginning, and I feel as if I'm living with my parents, which is why I refer to them as my parents even in real life. They look after me as if I am their child, and I don't miss home when they're around. I am extremely fortunate to be able to work with such wonderful folks who make me feel at ease."

Readers would be aware that Bade Achhe Lagte Hain is currently focusing on the track of Pihu and Priya who have crossed paths with Ram Kapoor. While Ram is still unaware of the fact that Pihu is his daughter, he feels a strange connection with her that he is unable to explain. Will Ram and Pihu be reunited?

DC league of Super-Pets: "I love that their…