Well, we all know that Rakul Preet Singh not just an owner of gyms but she also promotes fitness in her own way. The actress once again decided to push the limits and attempted aerial yoga and she is no less than a pro! We caught hold of some pictures of the Dev actress from these yoga sessions and we must say we are mighty impressed by her flexible moves. 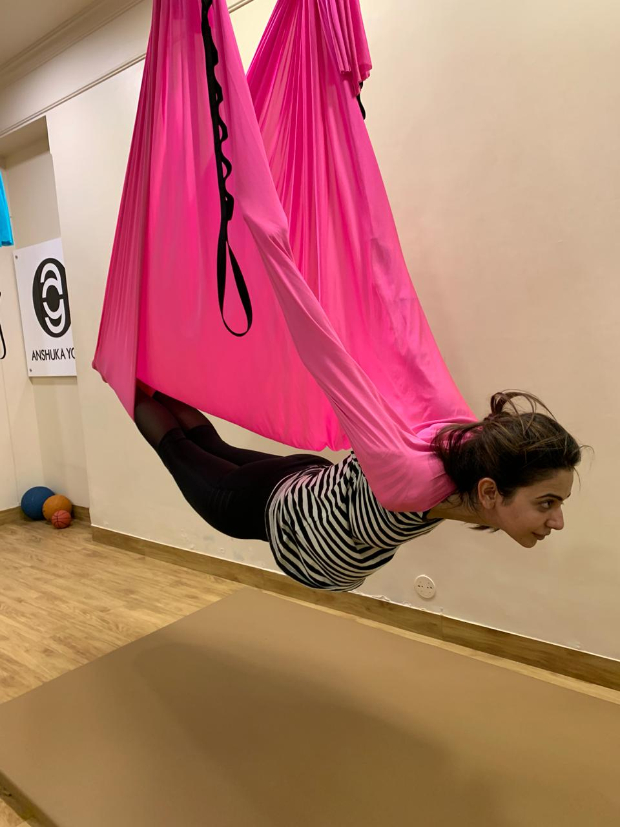 Fitness has remained to be a serious passion amongst many actors, in Bollywood and other parts of the Indian film industry. Social media has posts of many actors sweating it out, whether it is for a role or otherwise. And it seems that now Rakul Preet is setting some fitness goals by taking up aerial yoga. 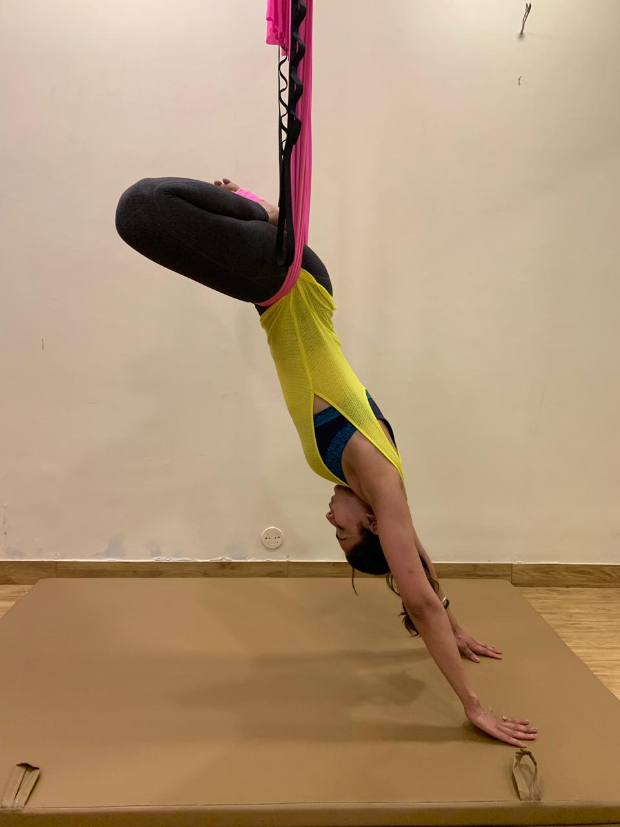 Speaking on the same the actress said, “I have always been a workout person and hitting the gym gives me an adrenaline rush. I have barely tried yoga and then, I was introduced to aerial yoga and I loved it. It’s different than regular yoga and rather challenging, too. It has helped me strengthen my core and now I can do headstands, proper inversions and ab workouts. Yes, it needs a lot of strength and gives you a lot of bruises, but I enjoy pushing my limits. People see only the glamourous side of our work, but the kind of effort that goes into keeping fit, it’s quite insane.”

Ask her if the new fitness regime is for her next film, and she replied, “When you see my next performance, you will know why aerial yoga is so important to me.”

On the work front, Rakul Preet Singh last appeared in a cameo in the NTR Biopic part 1 NTR Kathanayakudu as she played the role of Sridevi in the film. She will next be seen in the Valentine’s Day release Dev along with Karthi. The actress will also be seen in Bollywood films like De De Pyaar De and Marjaavaan.