Bollywood stunner Rakul Preet Singh is busy juggling between several projects. Meanwhile, she is always seen slaying her fashion game with back to back style statements. Her style is a perfect mix of comfy and classy. 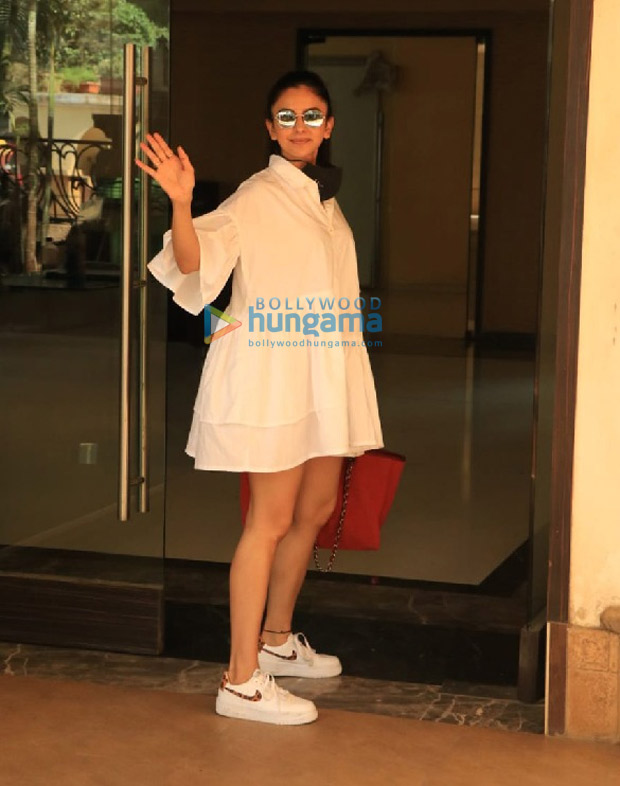 On Monday afternoon, the actress was snapped in the city by the paparazzi visiting RSVP Movies’ office. She was seen donning a white loose shirt dress which she teamed with white nike sneakers. The highlight of this whole comfy look was her black face mask which quoted, “behind this i’m smiling”. 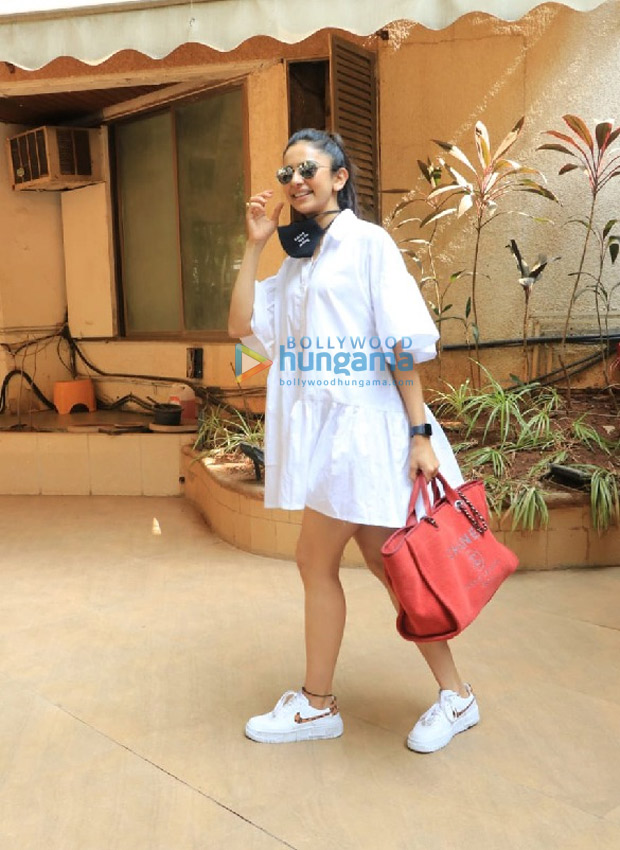 The actress completed the look in style by keeping her hair tied in a top ponytail, she accessorised her look with watch, pair of sunnies and a big red Chanel Deauville Tote. The bag costs around $3600 which converts to roughly to Rs. 2,60,377. This casual style is perfect for your outing days, as Rakul looked all bright and fresh in white. 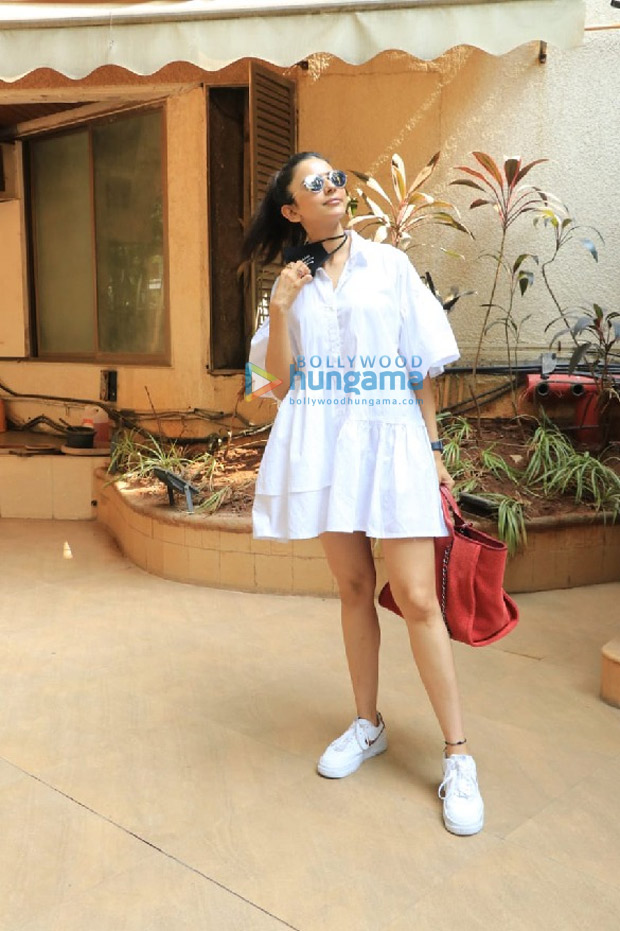 On the work front, Rakul Preet will be next seen in Sardar Ka Grandson alongside Arjun Kapoor. The film will be released on Netflix and the date is yet to be announced. Apart from this, Rakul will also appear in the film MayDay alongside Ajay Devgn and Amitabh Bachchan which is scheduled to release on April 2022. She will also star alongside John Abraham in Attack releasing during Independence Day 2021.