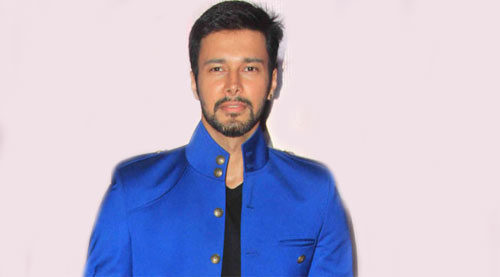 Right from his big screen debut in 1920, Rajniesh Duggall has played a Mr. Nice character. Whether it is his subsequent films like Phhir and Dangerous Ishq to last year's release Ek Paheli Leela, he seems to be doing everything right as per the book.

Well, not anymore, as with Direct Ishq, he is aiming at getting into the naughty side of affairs and is bringing out the ruffian inside him.

"He is playing a truly 'desi' U.P. waala in the film. He is carrying a swagger, getting into fights, playing a student union champion, indulging in brawls, and is happy to flaunt a bunch of 'youngsters' singing his praises day in and night out. He is not dark, but then he is not 'all white' either," informs a source connected to the film.

This is a role that Rajniesh chose for himself as the makers actually came to him with both the options - one which was that of a squeaky clean city boy and another who was a 'U.P. ka ladka'.

"I chose the latter," smiles Rajniesh, "Actually; I insisted that I would be picking only that part as it was radically different from whatever I had done earlier. Given my modeling background and the work I have done since 1920, somehow the first impression that everyone gets of me is that of someone who is Mr. Goody Two Shoes. However, thoda rough role play karne mein apna ek maza hai."

Director Rajiv S Ruia was convinced too that Rajniesh would be able to pull through the part of Bikki Shukla, the 'desi Banarasi' boy. Considering the fact that he had also roped him in earlier for a dance number 'Govinda Aala Re' in his Main Krishna Hoon (which had also seen guest appearances from Hrithik Roshan and Katrina Kaif), there was no doubt in Rajeev's mind around Rajneish's conviction in the role. First time producer Pradeep K Sharma agreed too and Rajneish was on board there and then.

"It was great fun," says Rajniesh, who had a lot of fun playing the party president of 'Kaashi Vidyapeeth' in the film, "It is a bitter-sweet-naughty love story that I enjoy with Nidhi Subbaiah in the film. She plays Dolly Pandey in the film. Shukla-Pandey ki love story mein ek alag hi baat hai. Dekhoge, toh mazaa aayega."