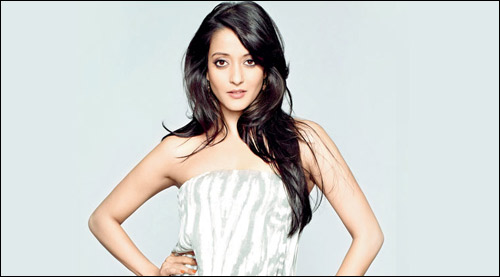 Sonagachi is famous for its status as Asia's largest red-light district. While reports suggest that there are over 11,000 sex workers in the area, upcoming film Bollywood Diaries narrates the tale of one amongst these thousands of faces that represent the dreams carried by many girls around making it to the world of films.

That part is played by Raima Sen, the supremely talented actress with over 60 films behind her, for whom it is about time that she gets her due in Bollywood.

"Since Bollywood Diaries has a segment with a Bengal set up, I wanted an actress from this part of the country," says director K.D. Satyam, "I thought that Raima was just the perfect fit for the part. She has that kind of intensity and aura which is so much required for the part of Imli that she plays in the film. Honestly though, to begin with I was struggling to get a Bengali actress on board. Then I saw Raima in this film, The Japanese Wife. I thought that she superb in there."

The actress has done quite a few offbeat films, many of them in Bengali. For his Hindi film Bollywood Diaries, Satyam was sure that Raima was the right woman for the part.

"The best part about Raima is that she is a very expressive actress. You pick up any film of hers and you would find this trait of hers," Satyam adds.

To play Imli was always going to be challenging for Raima, considering the fact that she hadn't played a character like this before in a career spanning over 15 years.

"When I narrated the film to her, she came on board instantly. She could relate to the madness that Imli carried with her for Bollywood. Moreover, the Bengal factor worked too. She understands those emotions and started feeling really close to the character. Once we spent a couple of days on the character graph, she prepared for the part really well," Satyam informs.

To step into the territory of Sonagachi was heart wrenching though for Raima due to the real emotions that Satyam wanted to bring on screen.

"There are so many girls out there in the flesh trade who carry a dream of Bollywood day in and night out," says Satyam, "You look at it closely and their life is so filmy. It is a zone where they are living a life of dreams. They think that someday someone will come, fall in love with them and take me away. They are so inspired by cinema. So if a customer comes from Mumbai, they will go that extra mile to satisfy him so that through that person they help realize their own dream. Bollywood is their ultimate dream land."

A few years ago, Kareena Kapoor had player her part of a prostitute to perfection in Chameli. Now one waits to see how Raima Sen goes about stepping into a similar avtar and makes Bollywood Diaries her own.