The Deol's are coming back with Yamla Pagla Deewana: Phir Se and boy, they haven’t left any stone unturned to make sure that there is enough buzz around the movie. The makers have come up with a promotional song featuring Salman Khan, Rekha and Sonakshi Sinha along with Deols – Dharmendra, Bobby and Sunny! It looks like they have pulled out a major casting coup by bringing together so many stars under one roof. This medley sure reminds us of Om Shanti Om track ‘Deewangi Deewangi’! One can’t stop watching this song once as you would be tempted to see your favourite stars grooving to the evergreen Bollywood songs like ‘Rafta Rafta’, ‘O Mere Sona Re’, ‘Salaam-E-Ishq’ and ‘Main Jat Yamla Pagla Deewana’ over and over again. Here are seven smashing moments from the song which makes it a total masaledaar watch. 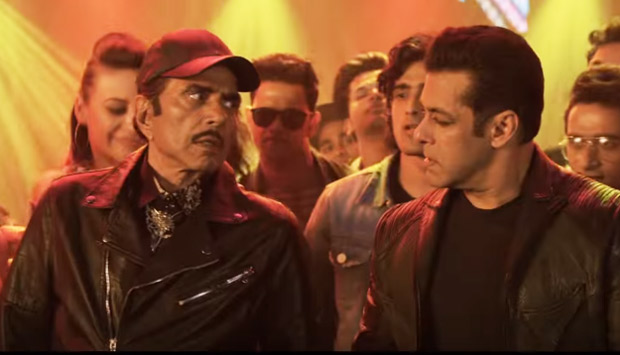 Dharmendra and Salman Khan open the song with their characteristic moves. The chemistry between these two stars is to die for! The two sit on scooters and it reminds us of Dharam Ji’s evergreen Jai-Veeru moment from Sholay! 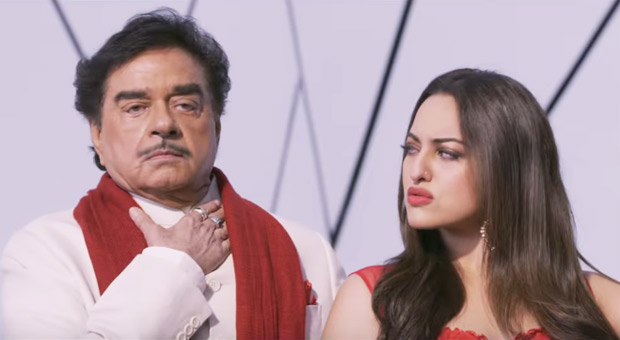 Sonakshi Sinha and Shatrughan Sinha appear on screen for the first time and it is amazing for her to pull off the Khamosh act with the Shotgun Sinha himself. What happens next is hilarious! Check out the video to know more. 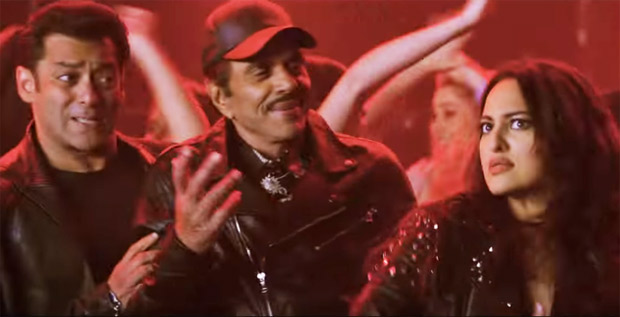 Sonakshi later joins Dharmendra and Salman to groove with them. First off, Sona and Salman pay tribute to their evergreen Dabangg step and later they dance on Garam Dharam’s patent step. 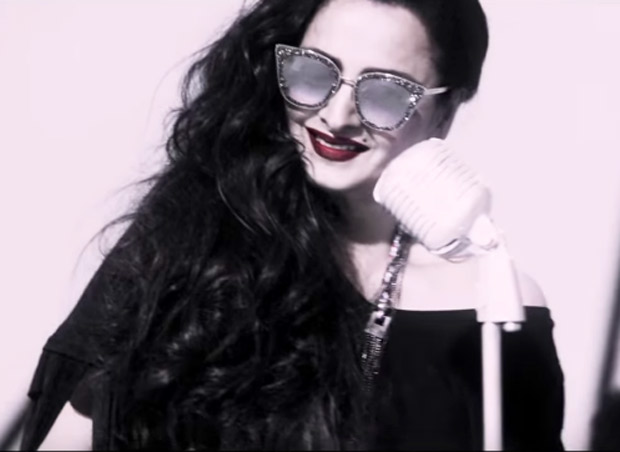 The real showstopper of the song is the effervescent Rekha! The makers give her a full reign as she spells magic on screen in black and white mode with her ultra-sultry monologue before breaking into Salaam-E-Ishq! 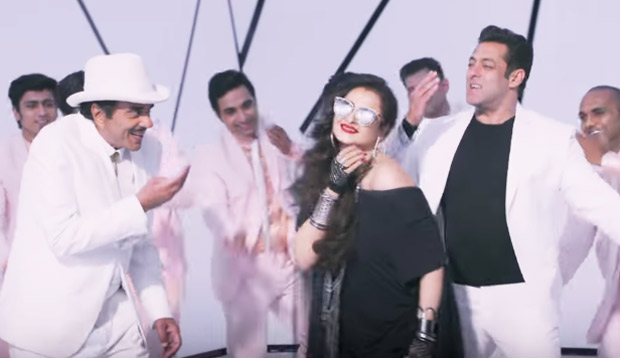 There was a moment between Rekha, Dharmendra and Salman Khan which will remind you of Aishwarya Rai Bachchan, Amitabh Bachchan and Abhishek Bachchan’s Kajra Re. While Salman is hilariously trying to vie for Rekha’s attention, she has eyes only for Dharmendra. 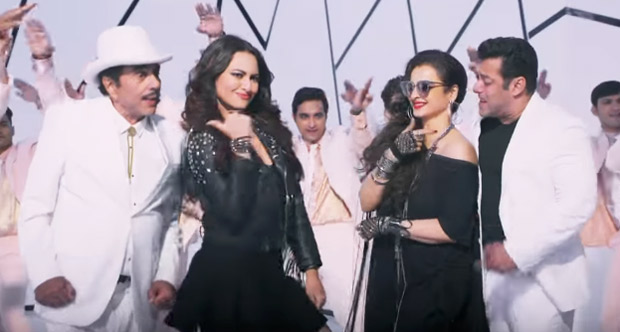 There is a sequence where Rekha and Sonakshi pair up with Salman and Dharmendra and give us some really entertaining moments.

The grand finale of the song is when you see all stars including the Deols and Salman Khan, Rekha, Shatrughan Sinha and Sonakshi Sinha dancing together on Yamla Pagla Deewana title track.

Also Read: Dharmendra does the HOOK STEP of Dabangg with Salman Khan and Bobby Deol on Dus Ka Dum