Ever since its inception, we were aware that 2.0 is expected to be one of the grandest films that is going to be made in Indian cinema. Reason? The sci-fi film, based on the concept, has many effects that are being used and the production house Lyca too has maintained that the film will be made on a massive scale. Keeping all these in mind, it seems that the film piqued the interest of BBC who decided to make the report on the same. But in a sudden of events, the exclusive report made by the media conglomerate has found its way online as fans have leaked the videos of the making of the video. 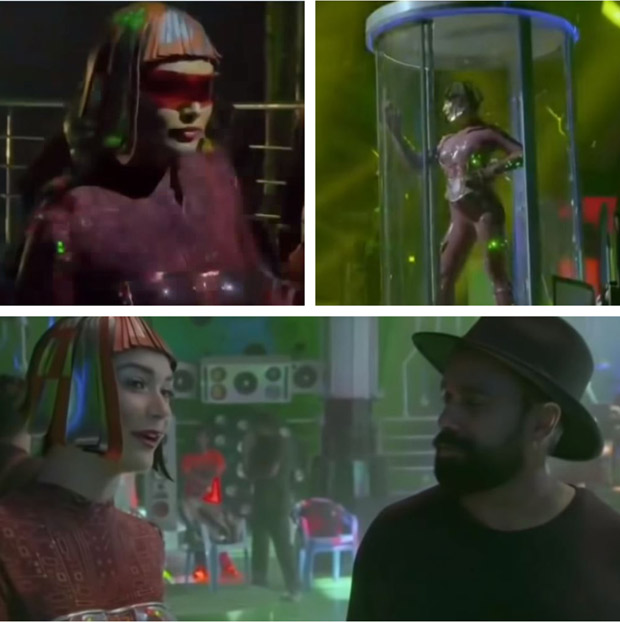 We found the videos doing the rounds on varied social media platforms and also YouTube where fans have shared these exclusive reports. The report not only unveils the looks and avatars sported by actors like Amy Jackson and Rajinikanth but it also features a song sequence where the actress is sporting a red robot suit. The BBC report also boasts of 2.0 being one of the first Indian films to be shot on 3D cameras and also features exclusive interviews with actress Amy Jackson.

Besides that, the report covers the various Hollywood technicians who have flown to India to help the kind of big budget films that our country aims at making. Also, the report showcases the simple tricks that are used to make the sci-fi look more authentic. Apart from these, it also touches upon on how India is obsessed with fairer skin even today. Here’s a glimpse of the video that has apparently leaked with many fans going berserk sharing it on the popular video platform.

Coming to the film 2.0, directed by S Shankar, the film is expected to feature Rajinikanth as the Robot and is sequel to his earlier film by the same name. Amy too is said to play the role of a female robot whereas Akshay Kumar is supposedly playing the negative character of a hybrid human-crow. Further details on their character sketches are awaited. The film is slated to release on November 29.