After introducing himself and Jacqueline Fernandez, Salman Khan introduced the main man Yash aka Bobby Deol from the Race 3 family. The character poster was released last month. The cast and crew have been continuously shooting for the film in Abu Dhabi. There has been immense anticipation ever since the third instalment has been announced. Now, Bobby Deol has wrapped up his part in Abu Dhabi. 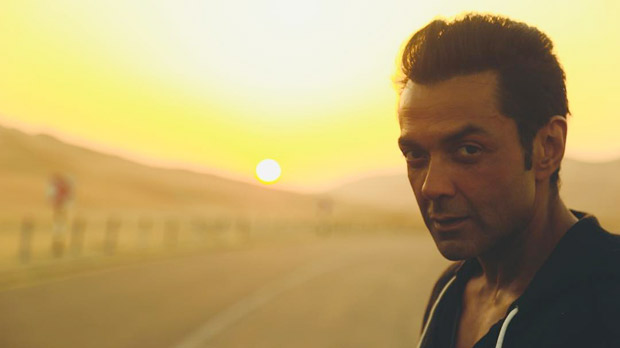 Bobby Deol has gone through an unbelievable makeover for the film. Taking to his Instagram, Bobby Deol shared a picture while the sun was setting in Liwa. Looking directly at the camera, he captioned the image as, "Last day of shooting at #Liwa ... it was fun shooting in the sun & sand #Race3 #Race3ThisEid."

The cast and crew are shooting crucial action sequences in Abu Dhabi wherein the entire cast are seen gearing up for the race. Starring an ensemble cast of Salman Khan, Jacqueline Fernandez, Anil Kapoor, Bobby Deol, Saquib Saleem and Daisy Shah, the action thriller is undoubtedly one of the most awaited films.