Alia Bhatt is the happiest girl today and why not? She has turned 25 today and is already much ahead of her contemporaries in the industry at a very young age. She made a smashing debut with a typical big budget Bollywood vehicle, Karan Johar’s Student Of The Year when she was barely a teenager and now, life has come a full circle for her as she has become one of the strong forces at the box office to reckon with after delivering back to back hits! Alia currently is having a working birthday in Bulgaria as she is shooting for Ayan Mukherji’s Brahmastra with Ranbir Kapoor. The crew and cast of the film is set to give a surprise but she is focussed on work. 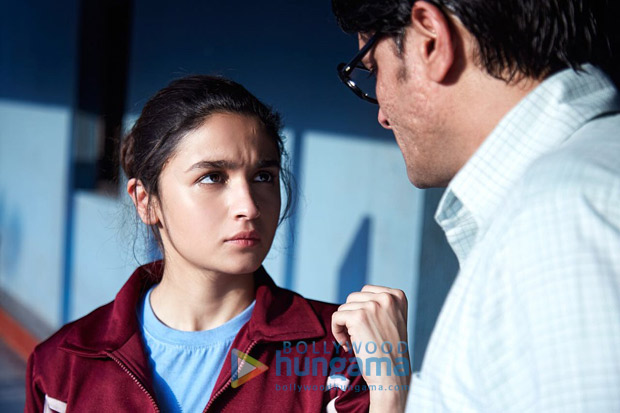 On her D-Day, she took to Insta to share her first look from Raazi and here’s what she wrote. “Movies or in this case MY movies aren’t just something I do for a living.. it’s kinda the reason I feel like I’m alive ☺️ SO...On my 25th birthday I’ve randomly picked out two images from the 25th DAY of shoot of RAAZI and and and the TRAILER will be out 25 days from today(9th April).. Happy Birthday to me”. For those who don’t know, she would be portraying the title role of the lead protagonist in the movie. She is playing a Pakistani spy and the movie is based on the bestseller ‘Calling Sehmat’. She looks gritty and real in both stills from the movie. In one picture, she is seen to be having a serious discussion or a confrontation with one of her co-stars and in another still she is seen to be looking straight at the camera clad in a burqa. We love both the looks. Which one is your favourite? 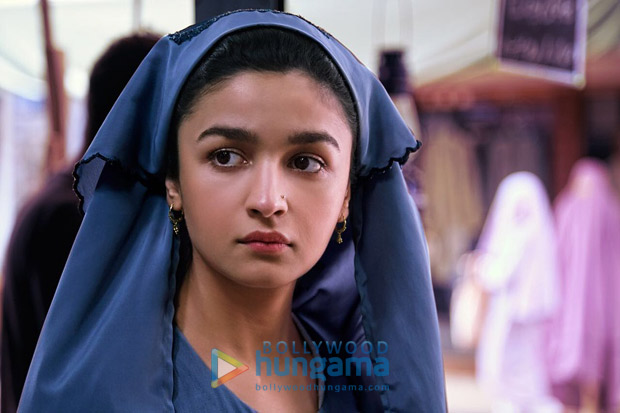 Alia Bhatt’s Raazi will release on May 11 and trailer will be out after 25 days from today! Yay!

Also Read: WHOA! Alia Bhatt to spend her 25th birthday with Ranbir Kapoor and these are her plans