Pinch me. Amitabh Bachchan playing his son Abhishek Bachchan’s son…It’s still hard to believe!!! Ten years after its release the director R Balki of Paa wonders at his own audacity. “I was recently looking at Paa for a show reel to be prepared on Amitji for the film festival in Goa. And I said to myself, ‘How the hell did we do this?’ Because everyone except me and Amitji thought the idea was not workable.” 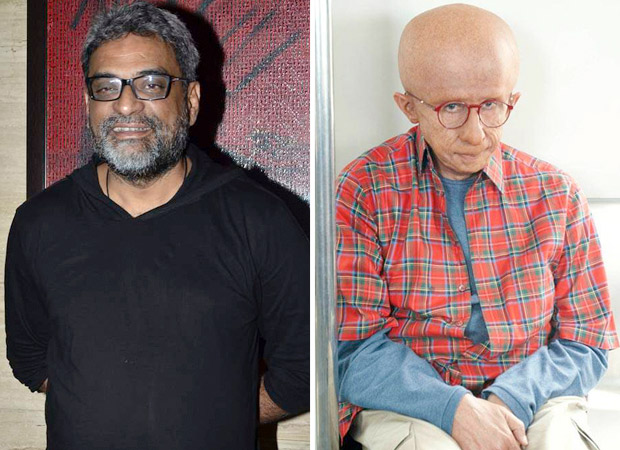 Balki remembers flying to Hyderabad for Mr Bachchan’s looks test. “Amitji had to do the last day’s shooting of Shoojit Sircar’s Johnny Walker (which never got released) in Hyderabad. He asked me to come to the Novotel hotel. I reached with my cinematographer PC Sreeram. PC very categorically said what I was attempting—to cast Amitji as Abhishek’s progeria-stricken son—was not possible. Since I trust PC’s judgment more than my own I decided we would call it off.”

But then something happened. “PC got on top of a table in the conference room of the Novotel and shot Amitji from above, with his head prominently in the frame. Then PC said, ‘Now it will work.’ That’s how we made him look much smaller than his tall height. We shot from the above, lots close-ups of his eyes, etc.” The unbelievable prosthetics went a long way in enhancing the credibility of the theme.

Recalls Balki, “We had no idea of what the prosthetics would do to Amitji. That it would actually transform him into the character Auro was not something we planned. Each morning it took four hourse for the prosthetics to be put on. After that Amitji couldn’t eat anything only sip liquids with a straw until the shooting for the day was done late in the evening. At 64, Amitji was the portrait of patience.”

Abhishek had a lot of questions on the sets. Recalls Balki, “He would ask many questions about what we were doing. Mr Bachchan, who could barely talk through his prosthetics, would say, ‘Abhishek, just act.’ I think Abhishek gave a very fine performance as his father’s father.”

Vidya Balan, who played Mr Bachchan’s mother, had serious reservations about the role. “But once she saw her screen -son all her apprehensions evaporated. What she saw was Auro, the character, not Amitabh Bachchan, the actor,” says Balki.

Balki also got Jaya Bachchan to appear at the start of Paa announcing the cast and crew . Laughs Balki, “When Amitji saw Jayaji reading out the credit titles, he exclaimed, ‘She looks so beautiful.’” What inspires Balki to be so audacious time after time? “Mr Bachchan, of course every time I team up with him I want to do something he has never attempted before. What we pulled off was incredible. Of course he insists we do something mass-oriented. But again I will do something with him that everyone would reject as impossible,” says Balki.