At the 2018 San Diego Comic-Con, director Patty Jenkins gave a glimpse of Wonder Women 1984 which was four weeks into the production back then. Now, more than a year later, Gal Gadot and Patty unveiled the first full-length trailer at Brazil Comic-Con on Sunday. 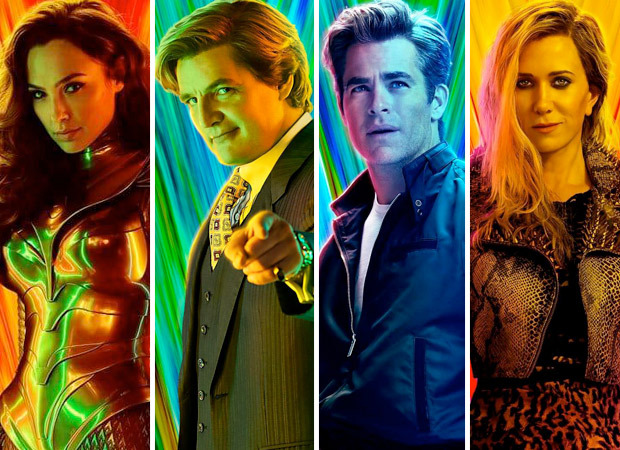 Gald Gadot returns as Diana after World War I as the timeline is now set in 1984. Actress and comedian Kristen Wiig stars as Barbara Minerva who plays Diana's friend and eventually turns into the villain known as Cheetah. The Mandalorian star Pedro Pascal takes over the role of Maxwell Lord who is the king of infomercials. Gal is involved in many action-packed scenes before we see a familiar face and that is Chris Pine who returns as Steve Trevor. The character had died in the original Wonder Woman.

Check out the new character posters from #WW84 - in theaters June 5. pic.twitter.com/O27ARDQHpA

"Because this movie is set in the '80s, we set out to make a grand, epic experience like they made in the '80s. We did so much for real. Real wirework. Real locations. … what you're going to see today, that's real people doing those stunts on real locations," Patty told the crowd.

Then, Gal Gadot began to explain where Diana stands after losing a lot including her love. She's quite lonely. She lost all of her friends over the years, and she's doing what she needs to do, she's helping mankind and saving them, until something crazy is about to happen to her," she told the crowd.