In Shonali Bose’s new film where Priyanka Chopra has been cast as Zaira Wasim’s mother, there is a practical compatibility problem: Priyanka doesn’t look old enough to be Zaira Wasim’s mother. At the same time, Priyanka has no issues playing mother to a grownup daughter as the film deals with a subject she strongly believes in. 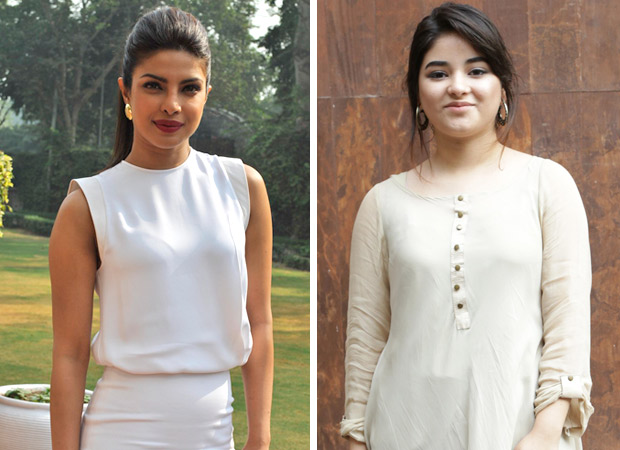 Says a source close to the project, “Not for a minute did Priyanka hesitate in saying yes to Shonali’s film. The subject grabbed her attention immediately. Nor did she have a problem with playing Zaira Wasim’s mother. The problem is, she looks way too hot and sexy to be an 18-year old’s mother.”

We now hear that the film may resort to prosthetics and makeup to make Priyanka look convincing in the role of a mother. “She has played a mother to a teenage girl 9 years ago in Yash Raj Film’s Pyaar Impossible. So why would she have problems playing another teenage girl’s mother now? The problem is a practical one. How to make this sensuous stunner look like a mother to an 18-year old?” says the source.

Significantly, Meher Vij who is just 14 years older than Zaira played her mother in Secret Superstar. It’s interesting that our leading ladies no longer have a problem with playing a mom on screen. A decade ago Aparna Sen had to shelve her Hindi film because no major heroine was willing to play mother to a 12-year old. Bipasha Basu had almost been finalized. When she chickened out at the last minute.