Priyanka Chopra's last Bollywood offering was Sanjay Leela Bhansali's Padmaavat. While she juggles between too many commitments in West, Priyanka is also awaiting the release of her next Bollywood flick The Sky Is Pink. The film revolves around how a terminally ill teenager looks at her parents' love story, spanning over 25 years. Priyanka, for the same, lived a character that went through major transitions. Her character captured her right from her teenage till her middle age, all played by herself. 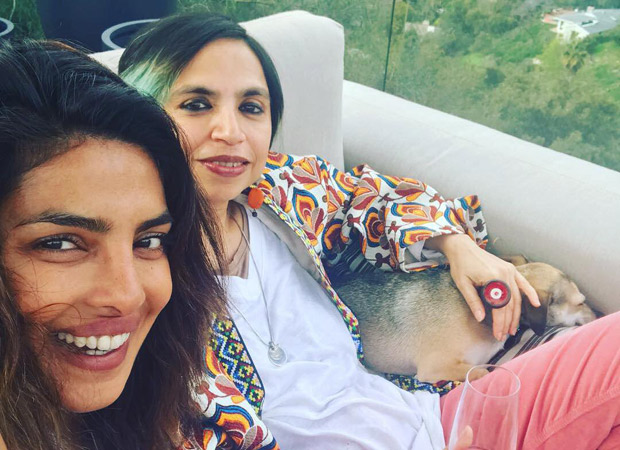 In a conversation with IMDB, the actor opened up on how a middle-aged woman's depiction in The Sky Is Pink is starkly different from a regular film. She credits it to director Shonali Bose who believes in celebrating the process of getting older.

"Usually, in cinema, at least where I’ve been in, or I’ve seen, I stand to notice that when women age, they somehow put on weight, they’re shown older. With men, they’ve a character, they become hotter. So that’s the subliminal unconscious bias that the society puts into us. So we sort of think, 'oh, this is a natural progression of our lives", she said, adding that she had suggested to wear loose clothes and go less glamorous while playing her middle-aged self in the film, but that met with a stern protest from Shonali. Watch her elaborate more below!

Shonali, who lost her son nine years back, says she began writing this film after she completely healed her agony and was at peace.

"I actually healed way before I started writing this film. My journey with death started, though, when I was 21 when I lost my mother. Just like Priyanka was unable to deal with her father’s death, I couldn’t deal with her death. It was really impossible. And when he (her son) died, I was like ‘oh my god, I can’t go through this again’. It happened 25 years later. I said I can’t go through the rest of my life now, with this nagging numbness and pain which you suppress and it’s inside you but you carry on courageously and everyone thinks that you’re fine but you are not, inside," she said.

As a rather heart-warming co-incidence, the film's premiere at the Toronto International Film Festival falls on her son's ninth death anniversary. "On his (her son's) birthday, I woke up the producer's text saying 'Priyanka loves your script', and I knew he was blessing this film," adds Shonali.