Last Updated 27.11.2022 | 9:50 PM IST
feedback language
follow us on
Bollywood Hungama » News » Bollywood Features News » Priyanka Chopra and Nick Jonas have the most romantic messages for each other on their date anniversary!

Priyanka Chopra and Nick Jonas who tied the knot in December last year, completed one year of dating and the two of them had a special message for each other. Priyanka has often stated that they meet each other only a couple of days a week and are travelling most of the time owing to their busy schedules. Unfortunately, even for their date anniversary, the newlyweds seem to be apart. 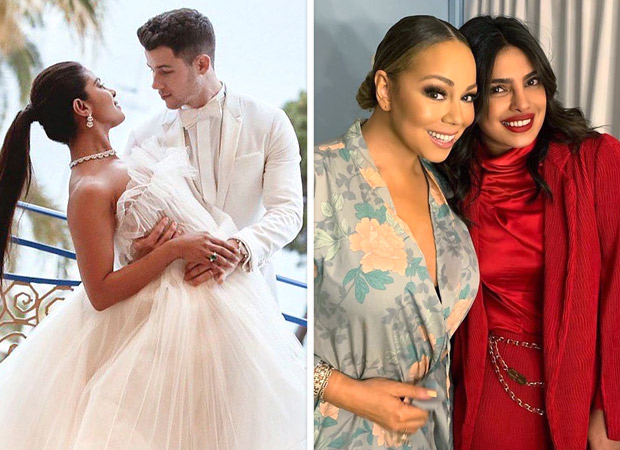 Priyanka Chopra and Nick Jonas have the most romantic messages for each other on their date anniversary!

Despite that, Priyanka Chopra and Nick Jonas didn’t fail from expressing their love for each other. They took to social media to express how much they love each other. Nick posted their beautiful picture representing the Beauty and Beast pose that they had given during one of their Cannes photoshoot. Readers would be aware that Priyanka made her Cannes debut with Nick Jonas this year. Along with the picture he also had a lovely message for his wife.

He said, “One year ago today I went to go see Beauty and the Beast at the Hollywood bowl with a group of friends. One of those friends was the woman that would become my best friend, my confidant, my muse, my beautiful wife. I am so grateful for our journey together so far. You make me smile every day and you inspire me to be the best version of myself. I am honored to be your husband. I love you."

On the other hand, Priyanka Chopra took to the same platform to thank her hubby dearest. She celebrated the anniversary with one of her friends and she also met Mariah Carey. She shared pictures and videos from the same.

She said, “The best husband ever...A #lambilymember’s dream came true...Even though he was busy and we were apart, he made sure I celebrated our one year anniversary with my fave! The incomparable @mariahcarey #Mimi — you were amazing! So lovely meeting you and thank you for the incredible show...you will always be my baby @nickjonas Happy one year love! @fchhara thx for being my date! So fun! #mimi meets mimi wearing @mimi.”