One can easily say the year 2018 saw some of the biggest weddings ever. Sonam Kapoor - Anand Ahuja, Neha Dhupia - Angad Bedi, Deepika Padukone - Ranveer Singh and now Priyanka Chopra and Nick Jonas. Priyanka tied the knot to the love of her life Hollywood pop star Nick Jonas on December 1st in Christian service and on December 2nd following the Hindu rituals. The beautiful wedding ceremonies took place at the picturesque location of Umaid Bhavan Palace in Jodhpur in presence of both of their families. As the couple is enjoying their marital bliss, they hosted a Mumbai reception for media on Wednesday, December 19. 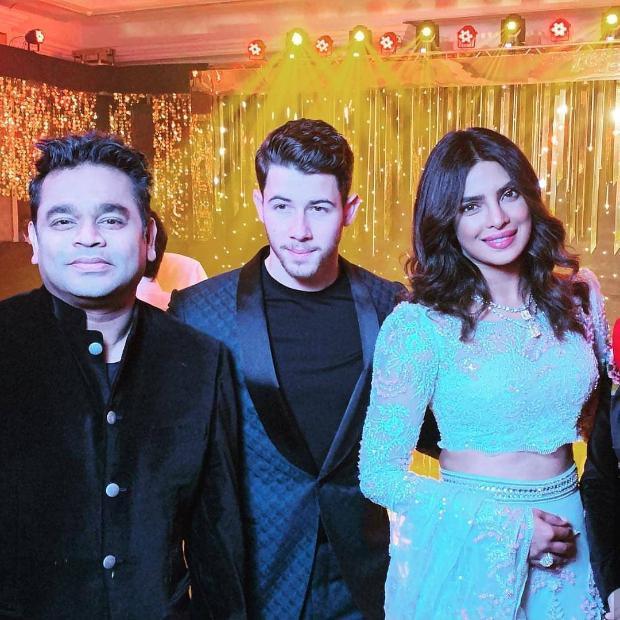 Tonight, Priyanka Chopra and Nick Jonas have organized another wedding reception for all of Priyanka's industry folks and colleagues in Mumbai. Many A-listers are invited. Priyanka looks absolutely gorgeous in stunning blue ensemble whereas Nick looks dapper in his suit. The first photo from the night was shared by music maestro AR Rahman. The couple looks gorgeous as they strike a pose with the music composer. 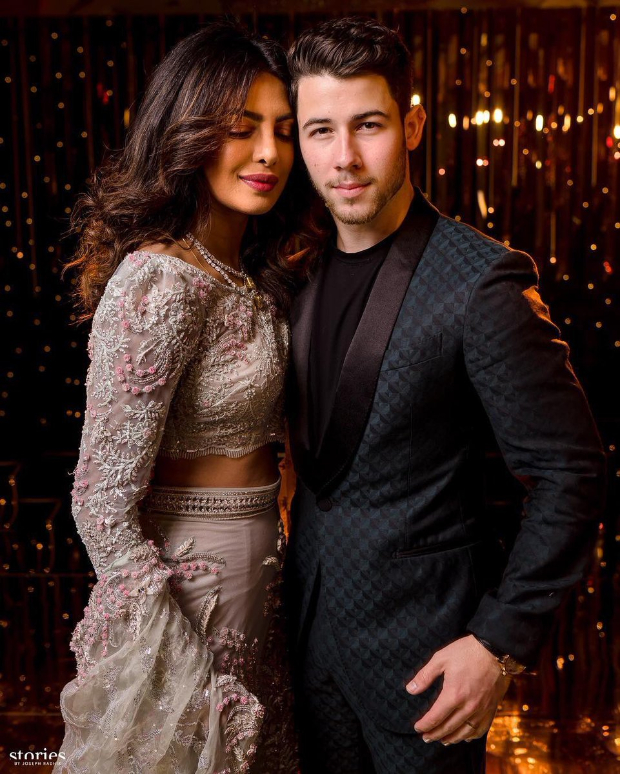 Priyanka is dressed in Abu Jani Sandeep Khosla ensemble. The photographer Joseph Pradhik captured the stunning photo of the two stars from the reception night. Abu Jani Sandeep Khosla shared the details of her look, "@priyankachopra romances a custom tulle Spring Blossom skirt, hand embroidered with tiny, organza and chiffon flowers encrusted with crystals and bugle beads as accents. A full sleeved lace blouse embellished with small sequins flowers, crystals and sequins and an embroidered stole to complete the ensemble."

Priyanka Chopra and Nick Jonas hosted a wedding reception in Delhi reception earlier this month which saw the presence of Prime Minister Narendra Modi. This was followed by a reception for media on December 19. After tonight's wedding reception, the couple is expected to fly off to their honeymoon destination. 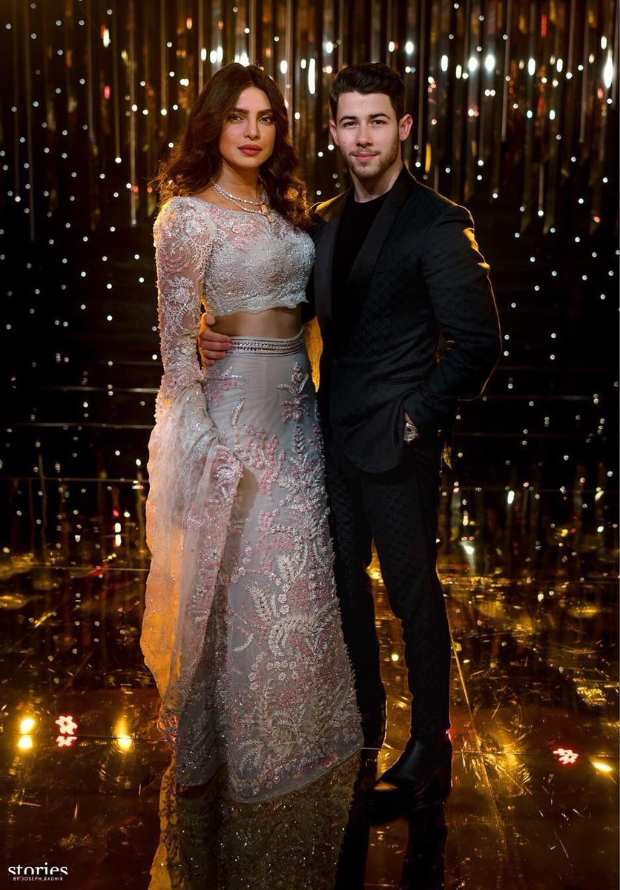 On the work front, Priyanka Chopra will be next seen in Shonali Bose's next film, The Sky Is Pink which stars Farhan Akhtar and Zaira Wasim.