Priyanka Chopra and Farhan Akhtar are all set to be seen as a couple in Shonali Bose’s upcoming film, The Sky Is Pink. The duo was last seen in Zoya Akhtar’s directorial Dil Dhadakne Do and their pair was really loved by their fans. Marking an onscreen reunion, the fans can’t wait to see them recreate their magic one more time. 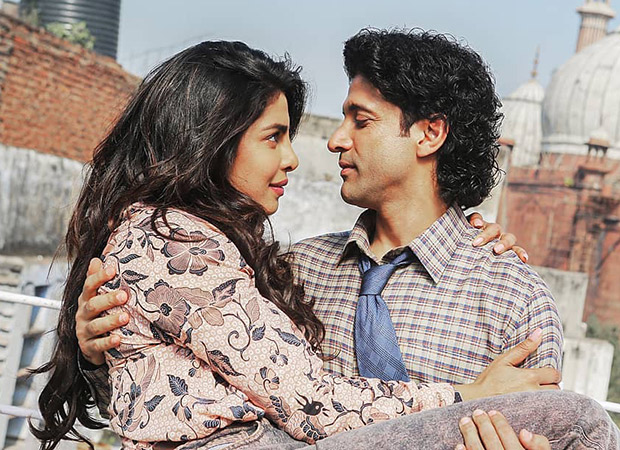 The Sky Is Pink will be premiered at the Toronto International Film Festival along with the London Film Festival and Busan Film Festival. To celebrate the premiere, Priyanka Chopra Jonas has been sharing a few unseen stills from the film. She took to her Instagram to share another such still where Priyanka and Farhan are seen gazing in each other’s eyes with Delhi’s famous Jama Masjid in the background.

The Sky Is Pink also stars Zaira Wasim and Rohit Saraf in pivotal roles and is slated to release on October 11.

Also Read: WHAT? Nick Jonas cried after watching Priyanka perform a scene in The Sky Is Pink!