Earlier this month, it was confirmed that Priyanka Chopra and Farhan Akhtar will come together for Shonali Bose’s next venture, The Sky Is Pink. This will be their second project after Dil Dhadakne Do in which Farhan played the role of Priyanka’s love interest. Dangal and Secret Superstar fame Zaira Wasim will be sharing a screen space with them who will essay the role of their daughter in the story. The duo has begun prep for her next film and the film is said to go on floors in August. 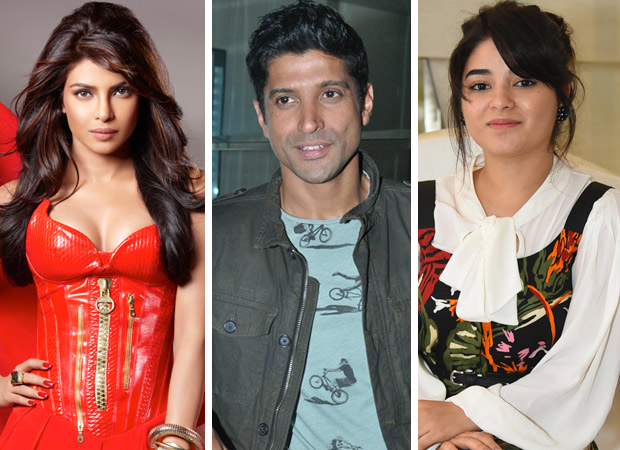 The Sky Is Pink will go on floors on August 8 and the actors are pretty stoked to begin shooting soon. Earlier this month, Priyanka Chopra began prep for the film and had shared an Instagram story of the script draft and wrote, “And it begins #prep #hindifilm.” Just a day ago, Farhan Akhtar too expressed his gratitude towards the project and director Shonali for giving him such a beautiful film. Sharing the draft of the script, he wrote, "It all starts here. Thank you #ShonaliBose for trusting me with this beautiful story. #fromtheheart."

Shonali Bose had last directed the critically acclaimed film Margarita with a Straw which starred Kalki Koechlin in the lead.

It all starts here. Thank you #ShonaliBose for trusting me with this beautiful story. ????❤️ #fromtheheart