Priyanka Chopra has time and again spoken for her love for pets and she also posts about them frequently on social media. The actress, who was a pet parent way before she became a mother to Malti Marie Chopra Jonas, celebrated the birthday of her female canine Diana. Moreover, she also posted a special message for her on social media. 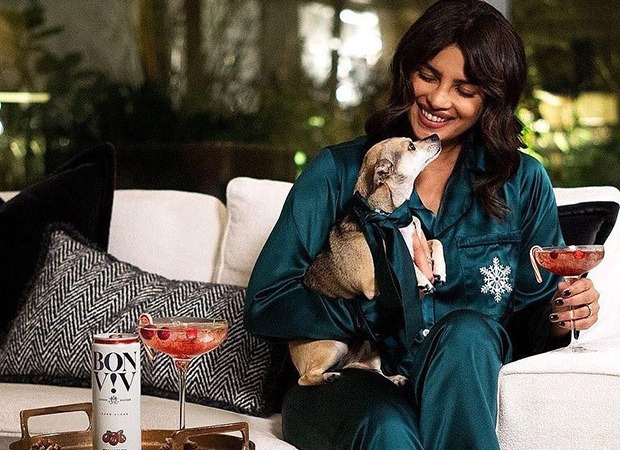 In an Instagram story shared by Priyanka Chopra, the actress posted a photo of her with Diana as she is getting out of the car and another photo of her chilling with her mother and Diana. The second photo saw Priyanka relaxing on the swings with Madhu Chopra as her pet was busy playing on the veranda. In the photo, she also had a special message as she wished ‘Happy Birthday’. She wrote, “We are lucky to have you”. 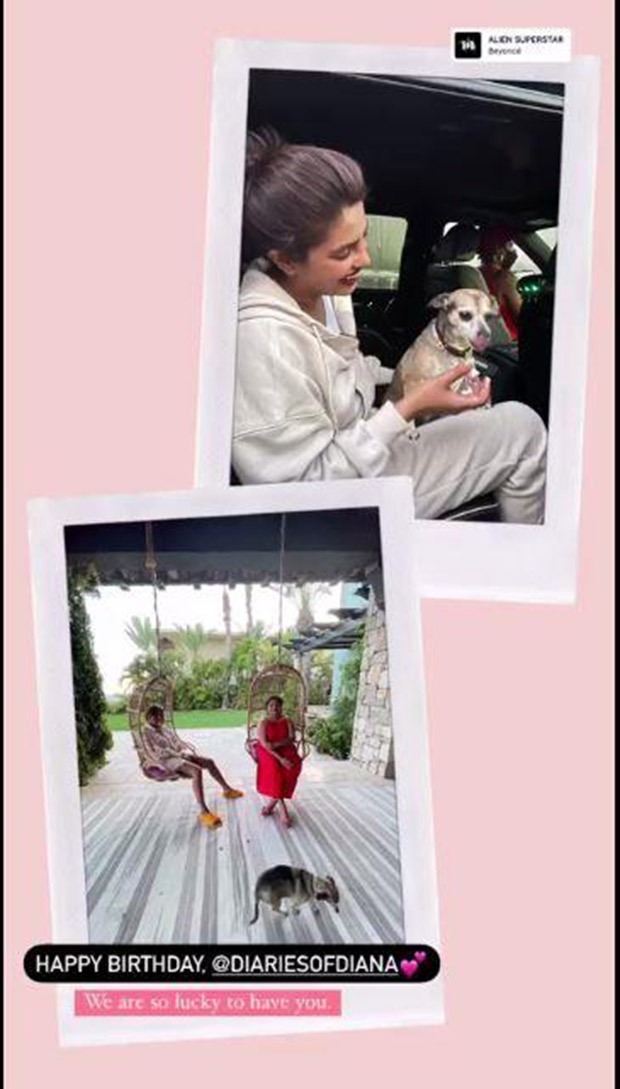 In an interview with Financial Times, Priyanka Chopra had spoken about how she met Diana for the first time. She said, “Diana was the first pup that I fully took care of. She’s from North Shore Rescue in New York, and she chose me. It was four years ago, at a time in my life where I was really low: I had just moved to the States, I was mourning my father’s death, I didn’t know anybody – I was working on Quantico for ABC and going back home on my own. One day, I was doing an interview with BuzzFeed, and they unleashed all these puppies on me and I was supposed to answer questions when I was handling them. Diana kind of hid under my arm. I just fell in love with her and had to take her home.”

Explaining her bond with her pet, she added, “Diana had been rescued from the streets of Atlanta. She’s a chihuahua-terrier mix, I think, but we’re not completely sure. I had no idea what to do with a pup, but it was she and I, alone in New York City. It was Diana I snuggled into, and Diana who barked whenever the door opened. With Diana, I had somebody to take care of and, in return, she took care of me.”

Priyanka Chopra and Nick Jonas are also pet parents to Gino and Panda, both of which are supposedly canines.

Also Read: Priyanka Chopra and Nick Jonas have a fun weekend; enjoy this dance of the Aishwarya Rai Bachchan song from Guru