Last Updated 02.12.2022 | 3:13 PM IST
feedback language
follow us on
Bollywood Hungama » News » Bollywood Features News » Koffee With Karan 7: Tiger Shroff says he and Disha Patani are ‘good friends’; speaks up on rumoured break-up: ‘There has been speculation on us for a very long time’

In the ninth episode of Koffee With Karan 7, the couch brought together two stars who started out as debutants together but have now carved a niche for themselves. This week, Tiger Shroff and Kriti Sanon graced the couch who debuted in Heropanti and are starring in Ganapath. During the conversation, the filmmaker asked Tiger Shroff about his rumoured relationship with Disha Patani. 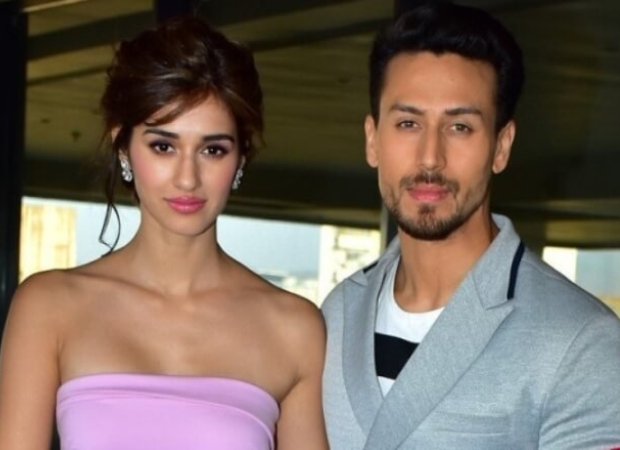 Koffee With Karan 7: Tiger Shroff says he and Disha Patani are ‘good friends’; speaks up on rumoured break-up: ‘There has been speculation on us for a very long time’

Tiger Shroff, for the longest time, has been fiddling with the game, is he single? However, in the latest episode, the actor finally comes clean, or so we would like to believe. Sitting cool behind his coloured shades, the star finally reveals his relationship status. “I am single. I think so at least and I am currently looking around,” admitted the star. When Karan Johar asked the actor, "What is your relationship status, Tiger? Are you dating Disha Patani?" Tiger replied, "I am just very good friends like I always have been."

When prodded further, "You can't use that line anymore Tiger. That nobody says, 'we are just good friends'. You all made Bastian the hottest restaurant because every Sunday we saw you and Disha in and out. To a point that it was like a routine." To which, Tiger replied, "We like eating the same food." When Kriti Sanon added, "You guys are very similar. Aren't you?"

"That's not my question. Are you dating her just now because there was rumoured break up?" Karan further asked. To this, Tiger replied, "Oh really? Well, there has been speculation on us for a very long time. We have always maintained that we are amazing friends and that is what it is today." KJo further asked, "That's it, so you are single then?" Tiger finally said, "Yea, I think so."

When KJo asked, "Is there someone lurking in the vicinity?" Tiger replied, "I think I am the only one lurking right now because I am single right."

On the work front, Tiger Shroff is currently busy with Ganapath starring Kriti Sanon. He also is set for Baaghi 4.

ALSO READ: Koffee With Karan Season 7: Tiger Shroff manifests a name on the special couch and it is his co-star