Priyanka Chopra is back in the United States are her long stay in London due to work commitments. The actress is enjoying blissful sunny weather and time with her husband Nick Jonas. 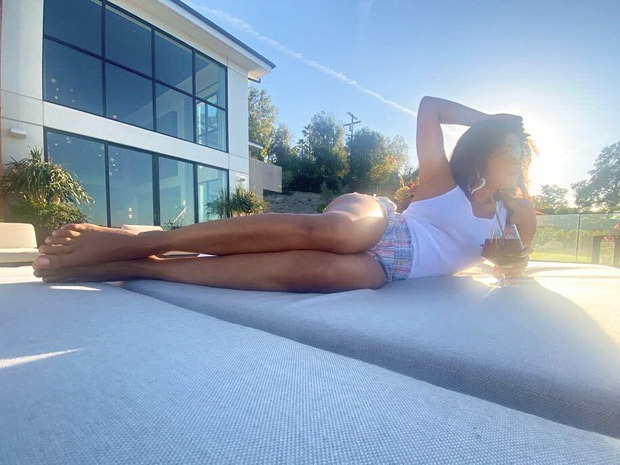 On Thursday, Priyanka posted a photo on her official Instagram handle that has a massive follower count of 64.8 million. She was seen dressed in a white tank top that she paired with multi colored striped shorts. She completed this easy going look with pearl hoops and sunglasses and her waves were left open. She was seen sunbathing with a wine glass in her hand as the golden rays of the skin kissed her radiant skin. She captioned the picture, “Sun, Sangria and Sass #tb.”

On the work front, Priyanka Chopra was last seen in The White Tiger opposite Rajkummar Rao, which was a Netflix film. It was adapted from Aravind Adiga's prize-winning novel of the same name. The film was directed by Ramin Bahrani. The global icon also has an international web series under her belt titled Citadel, which will be produced by Avengers: Endgame makers Russo Brothers and also feature Richard Madden in a key role. The actress will also star in Text For You which has cameo from Nick Jonas.

Also Read: Priyanka Chopra shares a video from the supermarket as she returns to US