Actress Priyanka Chopra, who was in London for the past 6 months due to her professional commitments, has now finally returned to the US. She was shooting for the Hollywood filmText For You, directed by Jim Strouse, followed by Russo Brothers’ show Citadel with Richard Madden. 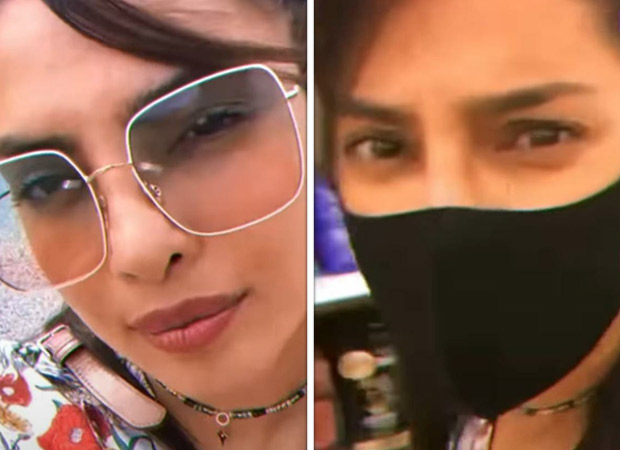 The actress took to her Instagram and shared a reel that had her in a supermarket where her products are being sold. Priyanka recently launched her haircare brand called Anomaly. In the video, Priyanka looked extremely excited as she stepped inside the supermarket. The actress wore a floral top with a black mask.

When the video began, she asked “Guess where I am?” and then turned the camera to show a supermarket in the US. She then searched for her line of hair products inside and could be heard saying, “Searching... Looking... Where are you?” On finally spotting them on a unit, she got extremely excited. While she was walking around the store, famous American singer Jawny's song ‘Honeypie’ was playing in the background. Sharing the video, the actress captioned it as," Finally made my way back to the states to see @anomalyhaircare in @target for the first time…so surreal!!"

On the work front, Priyanka Chopra will be next seen alongside Richard Madden in Amazon Prime Video's thriller series, Citadel.