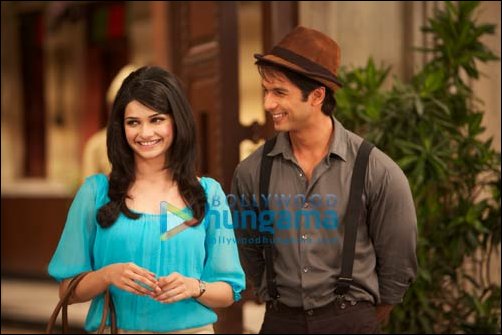 Prachi Desai has come a long way since her TV days. After successful films like Rock On and Once Upon a Time in Mumbaai, Prachi will now be seen romancing one of Bollywood's most talented and good looking young actors, Shahid Kapoor, in the 1960s track of Kunal Kohli's Teri Meri Kahaani.

Director Kunal Kohli says, "Prachi plays an independent and progressive girl from the 1960s and is a point of conflict between Shahid and Priyanka. She has some of the most entertaining and romantic scenes in the film."

Apart from Teri Meri Kahaani, Prachi will be seen in Rohit Shetty's Bol Bachchan and John Abraham starrer I, Me Aur Main.