Voluntarily quarantined at home, Bollywood celebrities are using this lock-down period as an opportunity to stay at home, spend time with loved ones and indulge in hobbies that are usually left aside during their usual hectic schedule. Apart from that, plenty of them are working out at home and are also sharing videos, suggesting us how to keep fit even when quarantined. 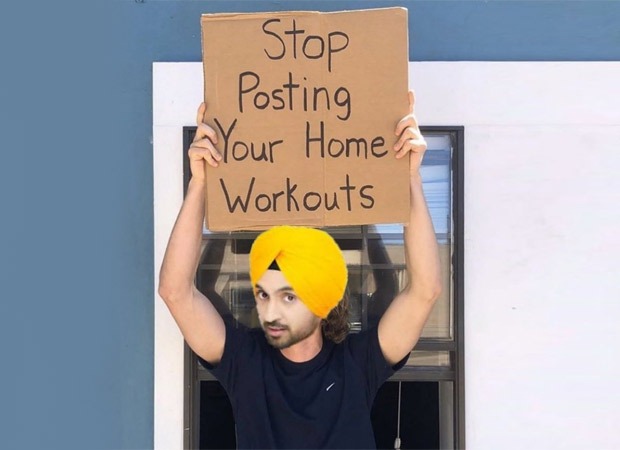 Those videos are proving to be helpful to many of us, but this one guy is not pleased. Diljit Dosanjh took to Instagram to share a hilarious photo. He is seen holding a placard that reads, "Stop Posting Your Home Workouts". "KHAO PEEO AISH KARO MITRO.. WorkOut KISEY NU Dikhaeyo NA...Te NEDE KISEY DE JAEO NA...," he wrote. LOL! He is clearly in the mood to only chill and not sweat out. Diljit's post is inspired by the popular meme known as 'Dude With Sign'.

Halsey sets the internet ablaze while…

Madhuri Dixit REVEALS the secret behind her…