The Hindi version of the monstrous blockbuster KGF - Chapter 2 started with a bang and is doing great business on the weekdays as well. It has once again led to the discussion that South films will continue to dominate the Hindi box office. But will the upcoming biggies of Bollywood bring back the respect and domination for the industry? We asked a few such questions to the trade and here’s what they have to say. 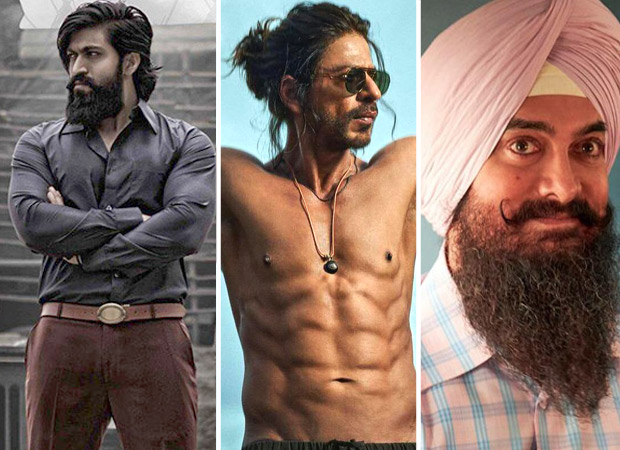 Will the South influence increase in the Hindi-speaking markets?
While a few South films failed to make a mark in the Hindi version, the success of Pushpa, RRR, and now KGF - Chapter 2 will ensure that more South producers take the risk and give their upcoming films nationwide release. So will the trend get a boost following the super-success of KGF - Chapter 2?

Trade analyst Atul Mohan replied, “Yes, it will. They have now tasted blood. The films that’ll now be made will be designed and created with the intention of releasing it pan-India. Even Salaar looks promising. It is directed by Prashanth Neel. He has now understood the game. He’ll mount it similarly as KGF.”

Trade veteran Taran Adarsh revealed, “Whenever I speak to the South producers, they are very excited about arriving on the national scale. But I’d like to mention here that you can’t expect every film to be a Pushpa, RRR, or KGF.”

Girish Johar, producer and film business analyst said, “It’ll depend on the content. Vijay’s Beast was also released in a big way across the country and it didn’t score. However, this trend opens up opportunities. Hence, other players do try to push the envelope. Just as India is an additional market for Hollywood, similarly, for the South, the North is an additional market. Their films are anyway getting revenue from their core markets in the South. And by pushing their films in the North, if they are getting such numbers, then it’s sone pe suhaga.”

Meanwhile, Akshaye Rathi, a film exhibitor, and distributor, explained, “It will 100% happen. When you say South and when you mention films like KGF, these films are meant for the widest possible audience, in the metros, tier 2 and tier 3 towns, in single screens, and in multiplexes. It means it’s the kind of cinema that doesn’t alienate any audience and which cuts across all the language barriers, cultures, and demographics. I really hope that films like Sooryavanshi, Pushpa, RRR, and KGF - Chapter 2 pave the way for more films of this sort. And this also includes films like Spider-Man: No Way Home and Gangubai Kathiawadi. So I hope such films pave the way for not just South takeover of India, but for large, pan-India, commercially appealing films with a larger, intrinsic value.”

Akshaye Rathi has been a vocal critic on social media of Bollywood films that don’t do business beyond a few metros. He added, “The reason we criticize is not that we are getting any joy by looking down upon it but because we want that genre of cinema to succeed the most as it comes from the region from where we operate and it’s been disappointing consistently. More than encouraging more South films to come up North, which they any which way will, I hope this inspires the filmmakers from the Hindi film industry to make more widely appealing films.”

Will the 3 Khans bring back Bollywood’s lost glory?
Thankfully, the future looks bright for Bollywood. The next 1 ½ years will see the release of some significant biggies. All 3 Khans have promising films up for release, be it Aamir Khan-starrer Laal Singh Chaddha, Salman Khan-starrer Tiger 3, and Shah Rukh Khan-starrer Pathaan. SRK and Rajkumar Hirani’s Dunki, which recently got announced, and Ranbir Kapoor’s long-awaited Brahmastra, also can be potential blockbusters, to name a few. 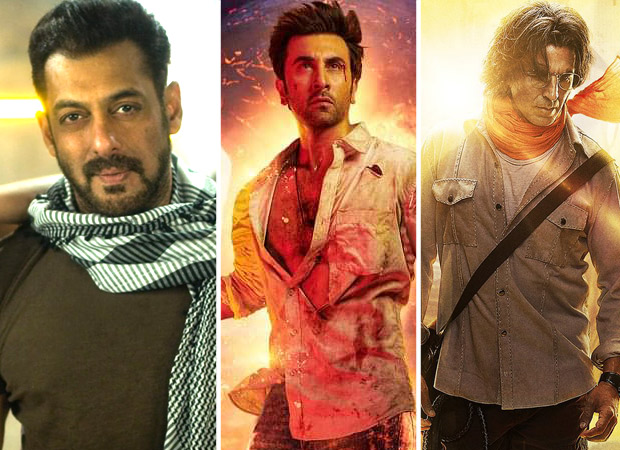 Akshaye Rathi stated, “Each one of this film has the ability to do that. It all depends on the storytelling and how appealing these movies turn out to be for the audiences at large. I have a lot of respect for a company like Yash Raj Films which drives a lot of its decisions based on commercial factors. With films like Pathaan and Tiger 3, they are clearly aiming at a wider audience.”

He added, “Earlier, watching films in cinemas was the primary form of entertainment. In today’s times, you can do time pass on the internet, on your mobile phone. And of course, there are TV and OTT platforms too. Hence, you need to offer something to the audiences that’ll compel them to come to theatres. It could be anything – a two-hero project, or a film with spectacular action or concept.”

Girish Johar, meanwhile, explained, “I doubt Laal Singh Chaddha will work pan-India numbers as it has a sardar as the protagonist and hence would have limited appeal in the South. Pathaan and Brahmastra can work pan-India, including in the South.”

As for Taran Adarsh, he said, “These are very promising films. Besides, I’d also like to add Ram Setu. I’d also like to watch JugJugg Jeeyo as it comes from the director of Good Newwz (2019). So, there are many films that have the potential.”

However, he also stated, “Event films will definitely have an edge and at the same time, there will be surprises like The Kashmir Files also. Over the years, several non-star-cast films have come up from nowhere and really shaken you up. I remember years ago, Lamhe, Yash Chopra’s immediate next after Chandni, was released with a lot of fanfare and it clashed with Phool Aur Kaante, starring newcomers and made by a debutant director. Phool Aur Kaante, however, stole the march completely.” He remarked, “Even Pushpa for that matter went from strength to strength from the very first day.”