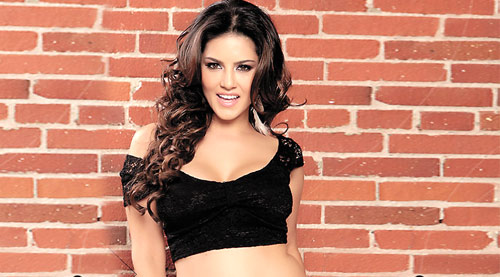 Pooja Bhatt: "The argument is as outdated as a used condom, if not more."


Reema Kagti: "It is a very stupid and ignorant remark"


Pooja Bedi: "The only thing responsible for a woman's rape is the man. Not chow mein, mobile phones, ads, porn, item number, short skirts or education. We are responsible for our actions and this blame game is simply ridiculous! My Kamasutra ad created what British tabloids had heralded as the beginning of the sexual revolution in India... and it won multiple advertising awards! Yes! People were startled an actress had boldly lent her support to such a campaign... but it propelled me to being voted sex symbol of the country. The obvious agenda for any condom campaign is to entice people into safe sex."


Dia Mirza: "It's yet another classic example of trying to foster a society that shies away from any kind of sex education (saying a condom ad will cause rape!) Thereby leading to more incidents of sexual crimes. I really don't even want to waste my energy on commenting on such remarks or for such people. Statements like this are just a reflection of an individual's ignorance. A condom ad is an ad for safe sex. To say it causes rape is ridiculous."


Celina Jaitly: "I may have had differences of opinion with Sunny Leone lately. But in all fairness Condom ads do not cause rape ....perverted minds do. Rapes happened even when condoms did not exist. Condoms help in prevention against dreaded diseases like HIV and other sexually transmitted diseases as well as unwanted pregnancy... What causes rape is loose protection laws. As the accused is not convicted, others think that they can go around freely and rape whosoever they like. Stigmatizing the victim and encouraging the victim to compromise gives a further impetus to this horrendous crime, most of all a regressive mentality which blames women for everything that they suffer."


Baabu Supriyo (Minister in the BJP Government): "Everyone is entitled to an opinion. I have no comments to offer on what Shri. Anjan said but I do admit that many find it very embarrassing to watch ads of similar nature in the presence of family and kids."


Sophie Choudry: "What causes rape is the lack of education in our country. The fact that young boys are not taught to respect girls as equals from a young age. Blaming movies, actresses, condom ads, the clothes a woman wears are all just scapegoats. The fact is the majority of men in this country lack respect for women, enjoy living in a patriarchal world and think it's ok to treat women however they want!


Raveena Tandon: "I haven't seen the ad to comment on it. But I heard the politician has apologized for his statement, though apparently he still doesn't agree with the content of the racy ad. Speaking for myself, as a mother of growing children I'd definitely not like over-the-top ads floating around at primetime as per censorship rules these can be shown after 11 pm."


Gul Panag: "Still others of his ilk think chowmein and jeans are responsible for rape! Such bizarre statements shouldn't be dignified or legitimized by a response, in my opinion."