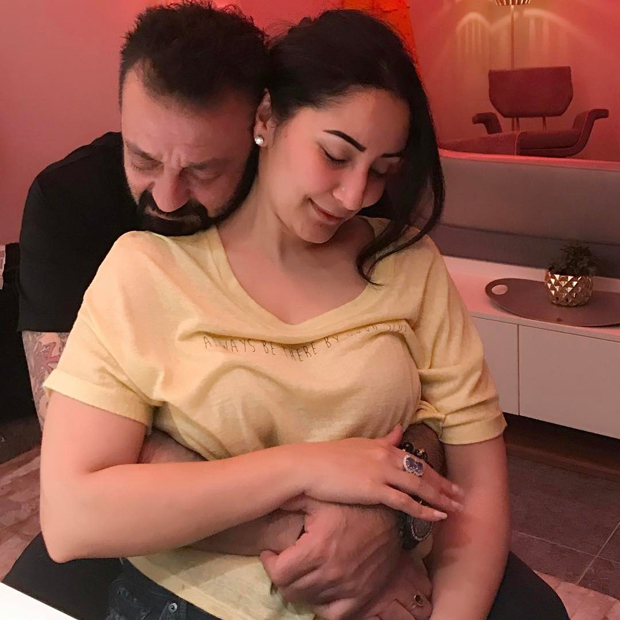 Sanjay Dutt’s life has been no bed of roses and amidst the chaotic controversies hovering around him a little too frequently, the actor tied the knot with former model turned actress Maanayata Dutt. The couple, who are now proud parents to twins Iqra and Shahraan, have been spending quality time together by cherishing every moment with romantic getaways and lavish birthday bashes.

The couple had to live separately for about three years due to Sanjay Dutt serving his imprisonment sentence but after the return of the star, there have rarely been a moment where they haven’t confessed their love for each other. If anything, this Instagram picture is a proof of it. Maanayata, who is quite active on social media, shared this picture wherein the actor is lovingly holding his wife in his arms and she captioned the same with a romantic quote and a series of hashtags saying, “Home is where you put your arms around me #love #grace #positivity #instafam #dutts #holidayhome #4amshot #weekendthrowback #forever #loveofmylife #besthalf #lovelyweather #beautifulife #thankyougod”

On the film front, Sanjay Dutt is all set to make his comeback with the film Bhoomi which features him as a father of Aditi Rao Hydari. He will essay the role of the protagonist wherein he can go to any extent to save his daughter from the clutches of the evil. Directed by Omung Kumar, the film is slated to release on September 22.