Riteish Deshmukh has been a perfect son, husband, and father for his family. His love story with Genelia D’Souza did leave a lot of us gushing! Turns out, he is also a perfect fan-boy who couldn’t stop being effusive about working with two of his favourite actors, Anil Kapoor and Madhuri Dixit. The two will be seen together sharing the screen space in the upcoming comedy, Total Dhamaal. While the trailer of the film had a mixed review, the fans are super thrilled to see the Ram-Lakhan pair make their comeback. 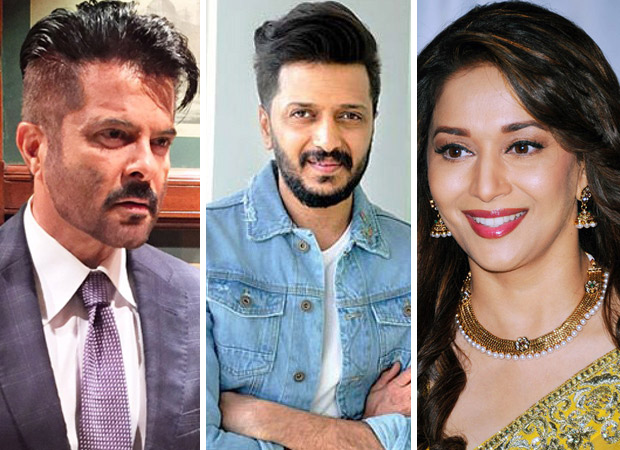 Riteish posted a cute selfie with the two where he couldn’t believe his luck that he got to work with his idols. He says he always wanted to work with them individually but feels blessed that all three of them are a part of the same project. Total Dhamaal also has Ajay Devgn, Arshad Warsi and Javed Jaffery among the others. This is the third instalment of the Dhamaal franchise and the star cast can’t stop praising the film and the journey of being a part of this comedy. Check out Riteish’s tweet.

Smiles say it all ..... it’s was my dream to work @MadhuriDixit mam एंड @AnilKapoor sir.... but getting to work with both of them in the same film.... that’s a dream. Love them both. #TotalDhamaal pic.twitter.com/Lsz4BGe8JG

Honestly, if we were in Riteish’s place our reactions would definitely not be as modest as his! Total Dhamaal has Indra Kumar on the director’s chair and is slated to release on February 22.