After months of lockdown, the film industry is slowly getting back to its feet. Several actors have already resumed shooting. Actors Aamir Khan and Akshay Kumar have also gone abroad to shoot for their upcoming projects. Now, actor Ranbir Kapoor has also resumed shooting. 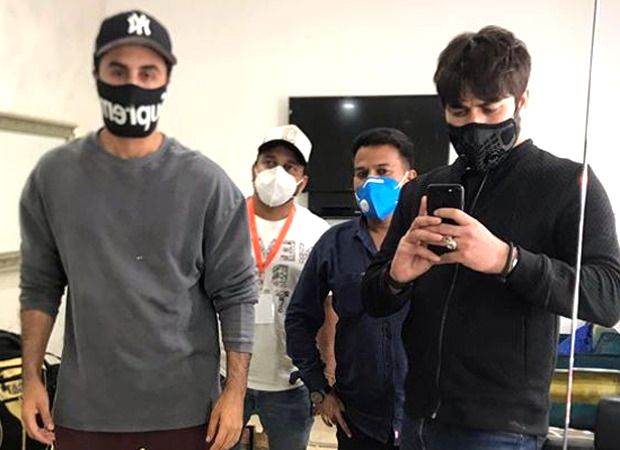 While Ranbir Kapoor is not active on any social media platforms, his pictures do make its way to social media. Pictures of the actor from the sets have been circulating on social media. The pictures were clicked by Ranbir's hairstylist. In the pictures, the Tamasha actor can be seen sporting a grey t-shirt and brown pants with a cool cap and a mask.

Celebrating my birthday on set , . . Never imagined would have to celebrate my birthday with social distancing and wld be wished without any hugs from my family , friends and my colleague #lockdown #lockdownbirthday #onset

Meanwhile, on the work front, Ranbir Kapoor will next be seen in Ayan Mukerji's Brahmastra. The film was supposed to be released in the first week of December. However, the pandemic threw their schedules off the track. The film will now be released in 2021 summer. The film also stars Alia Bhatt, Amitabh Bachchan, Nagarjuna and Mouni Roy.