Kareena Kapoor Khan is back on the radio. Well, the actress ventured into radio with her own chat show called What Women Want where she spoke to several women about their successes and the issues they have faced in their lives. The first season had Swara Bhasker, Malaika Arora, Karisma Kapoor, Zoya Akhtar, Sunny Leone among several other women as the guests. Earlier this week, she began shooting for the season 2 of the show. 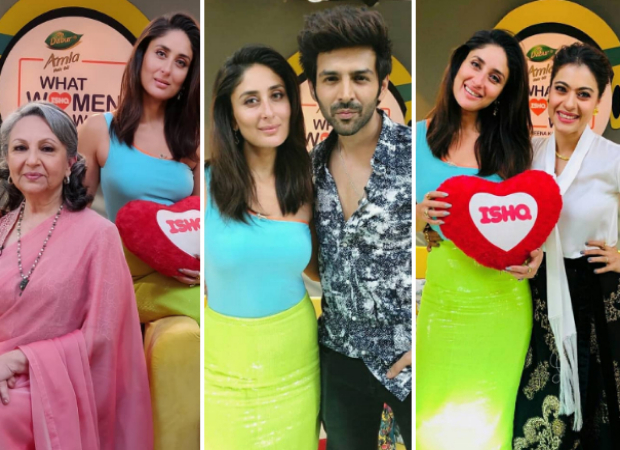 On Tuesday, the actress filmed another episode and this time with mother-in-law Sharmila Tagore. The actress looked beautiful in a blue top and paired it up with a neon skirt. The two begums of Bollywood looked so beautiful on the sets of the show. She filmed a couple of episodes the same day and some of the guests included Kajol and Kartik Aaryan. A day ago, Kareena Kapoor Khan shot an episode with Saif Ali Khan.

Meanwhile, on the work front, Kareena Kapoor Khan has a line-up of pretty interesting projects including Takht, Angrezi Medium and Lal Singh Chaddha.