Ever since his debut, actor Ishaan Khatter has managed to carve a niche for himself, and there is no going back for him now. Today, on November 1, the actor turned a year older. While fans are leaving no stone unturned to send their virtual wishes to the star, his sister-in-law Mira Rajput has also dropped a cheeky birthday wish for him. 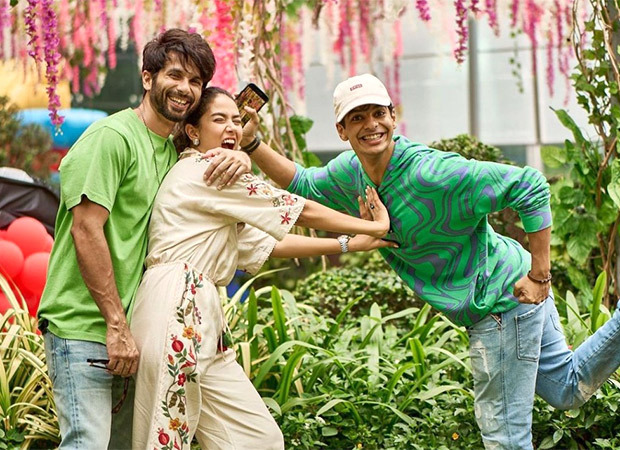 Interestingly, Rajput shared a goofy picture featuring Ishaan with her and her actor-husband Shahid Kapoor. In the photo, Mira and Shahid can be seen standing together at one corner, while Ishaan gives a dramatic post of running towards them. However, Mira can be seen using all her force to keep him away in the photo. Captioning the image, she wrote, “We have 2 kids that sleep in their own beds but one who refuses to get out of ours.”

Mira further added, “Happy Birthday @ishaankhatter you know we love you tons,” followed by a hashtag that read, “everyone’s favourite”. Among many others, Ishaan’s mother Neelima Azeem reacted to the post. She dropped a comment that read, “Happy Birthday my jaan bachcha / made me so happy and proud with your performance in phone bhooth. / you are incredible.”

For the unversed, Ishaan Khattar was born in the year 1995 to actress Neelima Azim and actor Rajesh Khattar. Khattar is the younger brother of Shahid Kapoor and he started his career with him when he was 10 years old. He played one of the kids in Shahid Kapoor's Waah, Life Ho To Aisi.

Later, he made his big screen debut alongside Janhvi Kapoor for Karan Johar’s Dhadak. After that, he acted in a bunch of projects including Don’t Look Up, Beyond the Clouds, Khaali Peeli and many more. Currently, he is gearing up for his upcoming film, PhoneBhoot, co-starring Katrina Kaif and Siddhant Chaturvedi. The horror-comedy is slated to release on November 4.