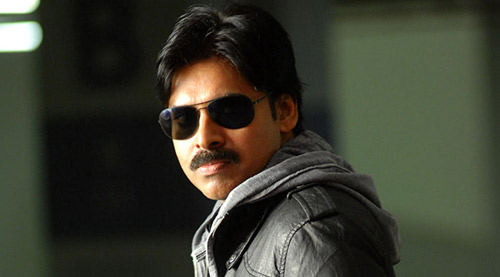 Rings a bell? Well, it certainly would for those who are glued onto numerous Telugu films that are dubbed in Hindi and then streamed online or find a satellite release. The common factor between these films? Pawan Kalyan, the man who is a darling of the masses not just down South but even amongst pan-India audience who like their regular dose of South-Indian style masala on the small screen.

While some of these dubbed films have also made it to the big screen in small towns during several re-runs, Pawan is now getting his big moment of glory with a quintessential mainstream release of Sardaar Gabbar Singh.

"Pawan returns as a cop in the film, which has the same title in Telugu as well," informs our source, "It is a hardcore commercial film and since Pawan has a loyal fan following over more than a decade, the makers felt that it was about time he was introduced formally to all-India audience as well. As a result, it was decided that Sardaar Gabbar Singh would have the same-day release in Telugu as well as Hindi."

To facilitate that, promo of the Hindi version was released this week by Eros, and it has met with a heartfelt response.

"Especially the fans of Pawan Kalyan are quite happy since the dubbed release would see him in all his glory," the source adds, "He is a mass entertainer and the film has everything ranging from action, romance, comedy or drama. Director K. S. Ravindra has kept the ethos and milieu of the entertainer intact so that it turns out to be a 'paisa vasool' affair."