Last Updated 26.09.2021 | 10:31 AM IST
feedback language
follow us on
Bollywood Hungama » News » Bollywood Features News » Paurashpur teaser out- Enter the world of royalty, gender struggles, and vendetta only in Paurashpur on ALTBalaji and ZEE5! 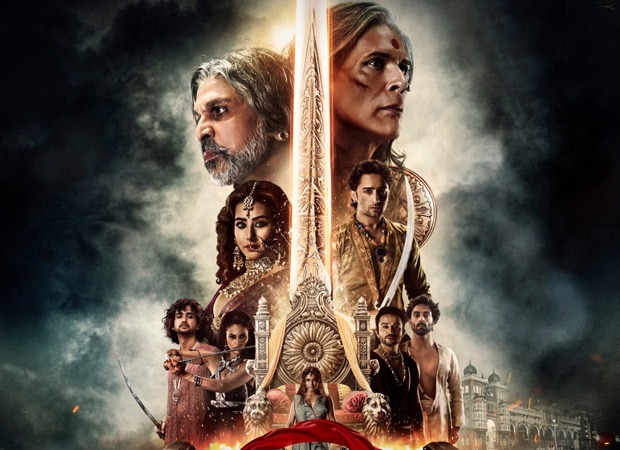 Shot against the backdrop of 16th century India, the world of Paurashpur brings to you love, lust, blood-stained swords and gender struggles, magnificent sets with hard-hitting dialogues all with a superstar cast.

The teaser showcases the talented legendary actor Annu Kapoor as Raja Bhadrapratap Singh, who rules the extremely misogynistic kingdom of Paurashpur. A kingdom, where women are objectified for desire and treated like a man's property. A toxic dynasty, that dictates women's freedom, where the laws are so archaic that the women are disallowed from making decisions regarding their own bodies without the men in their lives. deny any demands made by the men in the kingdom.

Dominated by the patriarch of men, we also see the versatile actor Shilpa Shinde, who plays a perfect example of ravishing beauty with brains; Queen Meerawati of Paurashpur. Her wisdom makes Paurashpur stand as a powerful empire. We also see Milind Soman as Boris, a sharp mind with a charming personality who questions the equality of men, women as well as every other gender in the kingdom. The teaser also shows us impactful glimpses of other magnificent performers like Shaheer Sheikh as Veer Singh, Anantvijay Joshi as Price Aaditya, Poulomi Das as Kala, and Sahil Salathia as Bhanu.

Witness the epic story of an extraordinary kingdom with stories both bold & brutal, as the sexes battle it out amidst royal betrayals, double standards, gender politics & a decision that questions the social fabric of an entire kingdom. Stay tuned to watch the trailer on 8th December 2020 only on ALTBalaji & ZEE5.