Kartik Aaryan had a wonderful 2018 with the success of his sleeper hit film, Sonu Ke Titu Ki Sweety. The film put him on the map and made him one of the youngest stars to join the Rs 100 crore club. While he is enjoying the limelight, he is also being linked to several actresses. The latest one he is linked to is Student Of The Year 2 debutante, Ananya Panday. The actress, even before her debut film, has bagged her second film which is opposite Kartik Aaryan in Pati Patni Aur Woh remake. 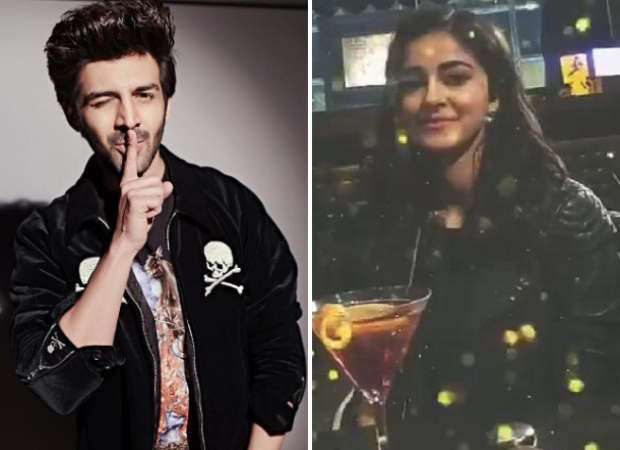 This added more fuel to their romance rumours. Ananya and Kartik began shooting for the film earlier this month. This morning they were completing some portions of the film before the schedule wrap. One could see Ananya in the Kartik's Instagram's stories as he filmed cheeky videos of her using the filters. Now, this definitely adds more fire to the rumours around their relationship.

This past Sunday, Kartik Aaryan came on Koffee With Karan where he denied having asked Ananya Panday out on a date. He did not even admit that they were in a relationship.

Pati Patni Aur Woh remake stars Kartik Aaryan, Bhumi Pednekar and Ananya Panday. It will be extensively shot in Mumbai and the makers are super excited to show the audience their quirky take on the subject of an extra marital affair.

Meanwhile, Kartik Aaryan will be next seen in Dinesh Vijan’s Luka Chuppi starring alongside Kriti Sanon. The film is set to release on March 1, 2019.

ALSO READ: Kartik Aaryan opens up about his rumoured romance with Ananya Panday