Pati Patni Aur Woh remake starring Kartik Aaryan, Ananya Panday and Bhumi Pednekar has already been wrapped up and the promotions will begin soon. Since the trailer and songs are doing well, the actors will be seen grooving to the recreation of Govinda and Raveena Tandon’s Dulhe Raja song ‘Akhiyon Se Goli Mare'. 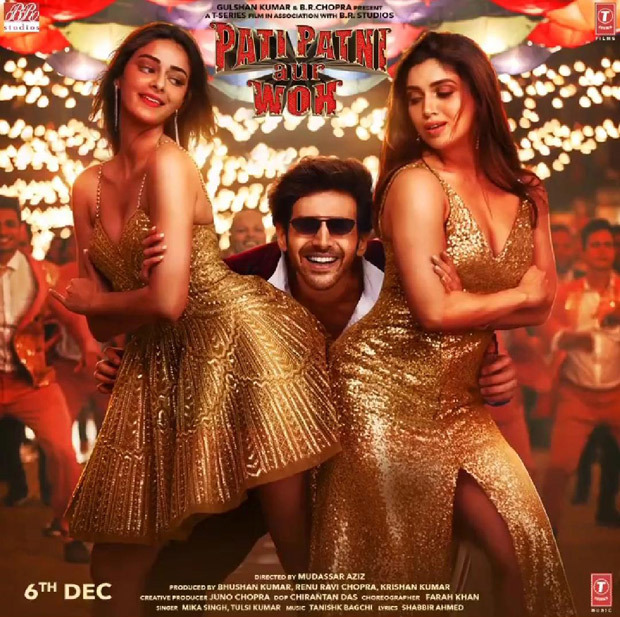 Over the years, the song has gained cult status featuring Raveena Tandon and Govinda’s signature moves. The recreation of the song was choreographed by Farah Khan.

As the 2nd song of Pati Patni Aur Woh will be out today, this is what Kartik Aaryan has to say about the song. “This song used to be one of my favourite Govinda sir's tracks during my growing up years. We all have been an ardent admirer of his dancing style. I'm so happy that I got an opportunity to dance to it in my film. Also, I always wanted to dance on Farah mam's tunes and glad that here my wish got fulfilled. She has given some cool and fun moves to all of us. Ananya, Bhumi and I had blast shooting for it."