One of the youngest actresses in the business, Ananya Panday, just turned 21 and she is thoroughly enjoying her day. Ahead of her birthday, the actress received a surprise on the sets of Pati Patni Aur Woh film which stars Kartik Aaryan and Bhumi Pednekar. 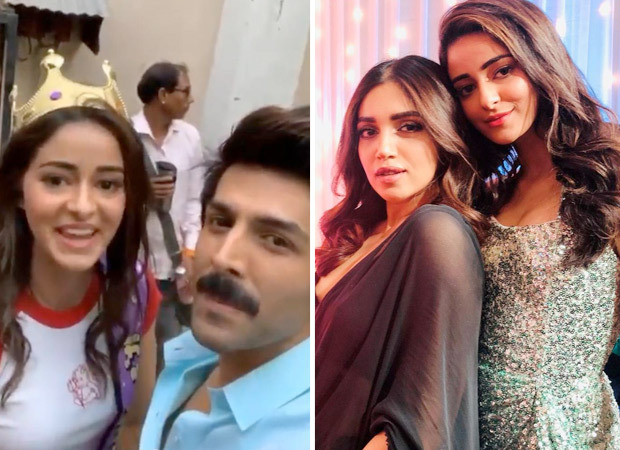 Ananya Panday received a sweet surprise from her team of Pati Patni Aur Woh ahead of her birthday on Tuesday, Kartik shared videos from the sets of the film where Ananya was dressed in casual wear while wearing a tiara and sash and ready to cut her birthday cake. Some behind the scenes video showcased that the actress was super excited.

Bhumi shared a lovely photo with Ananya with a caption that read, "Here’s wishing this cute little girl @ananyapanday ❤️ a very happy birthday ???? May this year be full of all things amazing ✨ #PatniAurWoh."

Here’s wishing this cute little girl @ananyapanday ❤️ a very happy birthday ???? May this year be full of all things amazing ✨ #PatniAurWoh

All excited and hyped about her first working birthday, Ananya Panday shares, “I was actually supposed to fly down to the US, but it turned out to be a working birthday for me. I'll be shooting for a song till midnight and expecting Kartik (Aaryan) and Bhumi (Pednekar) to surprise me. I've been dropping hints for days, even sashaying around the sets in a crown and a sash which reads, ‘It’s my birthday’. They better have a plan ready, else I'll be disappointed,”

While the film has been wrapped up, Pati Patni Aur Woh trio came together to shoot the re-created version of 'Ankhiyon Se Goli Maare'. The song originally starred Govinda and Raveena Tandon in Dulhe Raja. The film, directed by Mudassar Aziz, is scheduled to release on December 6, 2019.

.@ananyapanday celebrated her 21st birthday on the sets of #PatiPatniAurWoh | @realbollywoodhungama