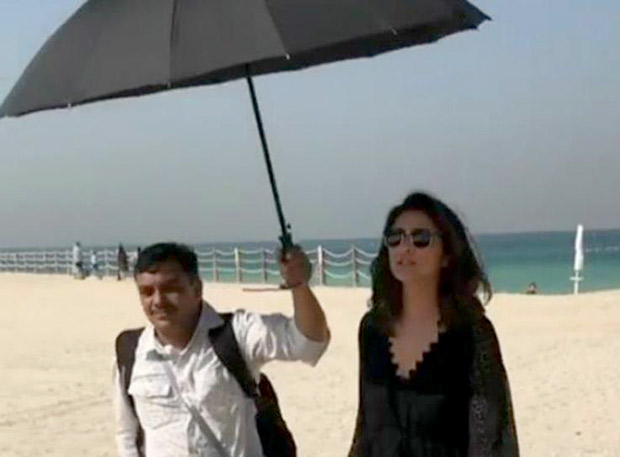 Readers may recall that, only today, we had written about Parineeti Chopra being in Dubai for a film’s shooting. We had also mentioned about how she managed to up the heat quotient with her black short dress with multi-colored motifs, in reference to a photograph that she had posted on social media. Besides the said photograph, Parineeti Chopra had also posted a video that had a man (we assume it was her spotboy) holding an umbrella following her.

No sooner did she post the said video, she got trolled on the social media for the same. While one user commented stating, “Holding your own umbrella wouldn't make you any less of a star”, there was another who remarked, “The umbrella must have been a 100 kilos." Wasting no time, Parineeti Chopra took to the social media and deleted the video.

A few minutes ago, Parineeti Chopra posted yet another video, in which she was ‘holding her umbrella’. She captioned the video as, “All set for Day 2 in Dubai! Yes taken your advice and holding my umbrella, which ain't so heavy :D Loving my holiday! Thanks!”.

Readers may recall that, this is not the first time when Parineeti Chopra has got herself into a controversy through social media. During August last year, there was a video featuring Parineeti Chopra and Alia Bhatt, in which Parineeti Chopra was seen telling friend to "eat less and become thin." In no time, the said video became controversial inviting criticism for Parineeti.