Janhvi Kapoor is set to dive deep into work as Dostana 2 begins! The shoot will kick-start in Punjab's Amritsar and the actor has reached there already. Before the shoot begins, she and director Collin D'Cunha paid a visit to the holy Golden Temple, and sought blessings. 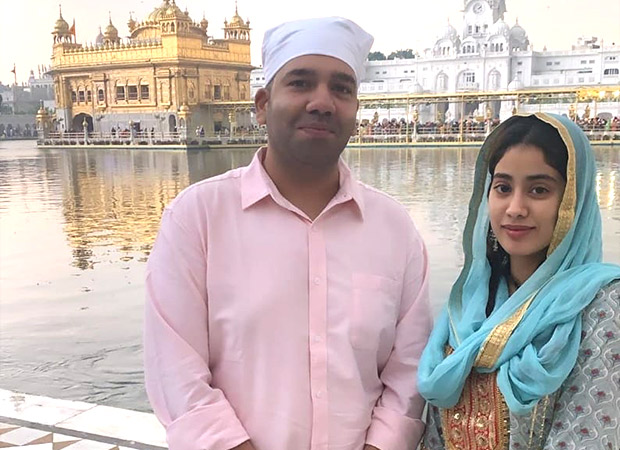 On her Instagram, Janhvi also shared a handful of photos from her visit. Dressed in a white kurta and her head covered in a blue dupatta, she is seen standing in front of the majestic temple. Check out the pictures below.

Janhvi should be soon joined by co-stars Kartik Aaryan, who plays the male lead and debutant Lakshya who will be playing the second lead. Lakshya has been seen in a number of TV shows and we're to see how his first big-screen venture goes.

The first Dostana, which released in 2008, starred Bobby Deol, John Abraham, Abhishek Bachchan, John Abraham and Priyanka Chopra in leads and was directed by Tarun Mansukhani.

Janhvi will be next seen in Kargil Girl, and also starts shooting for Karan Johar's magnum opus Takht. She's also set to collaborate with father Boney Kapoor for the first time, with her forthcoming film Bombay Girl.