The second half of September is here. It’s the time when the Film Federation of India (FFI) announces the name of that one film which will be sent as India’s official entry to the Oscars. Since a few years, the selection made by FFI has been sans any controversy. But in the past, it has created lot of noise, especially in 2013 when a film considered not-so-worthy, the Gujarati flick The Good Road, was chosen over the favourite of film festivals and critics and the more deserving, The Lunchbox. 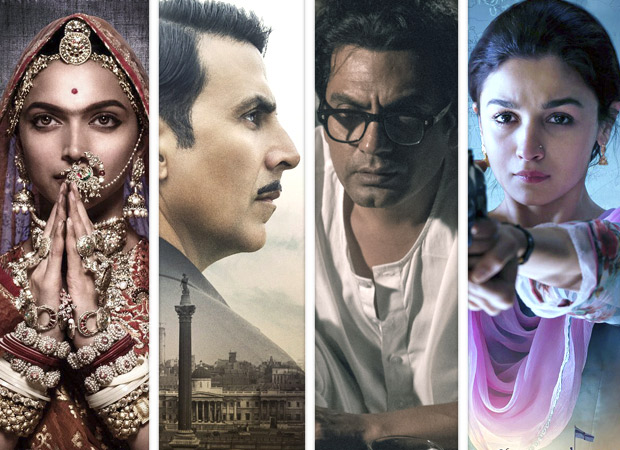 Even if the process has been peaceful since the last few years, the announcement always becomes the talking point. Bollywood Hungama in this special feature lists the names of those Hindi films that have a chance to make it as India’s official entry to the Academy Awards:

This was the most controversial film in a long time and met with stiff resistance from a section of society. However, audiences gave the film thumbs up and were moved by the way director Sanjay Leela Bhansali displayed Queen Padmavati’s sacrifice. The film looked world-class at most of the places and is surely worthy enough to compete with the best of the world cinema.

Pad Man talked about an important issue of lack of awareness of sanitary pads and how they are out of reach due to their exorbitant prices. Inspired by a true incident, the film has a global appeal thanks to its premise. Akshay Kumar’s touching performance adds to the charm of this flick.

Before the Rani Mukherji-starrer Hichki earns a lot of moolah at China, this social entertainer will surely get a boost if it gets selected for the Oscars. The film’s message and its treatment surely make it a strong contender.

Last year, Newton released on September 22 and on the same day, the FFI announced that it has been selected for the Oscars. This development gave the film the much-needed publicity and significantly increased its box office collections. This year, the makers of Manto are releasing in the same week as Newton. It remains to be seen if history would be repeated in just one year! 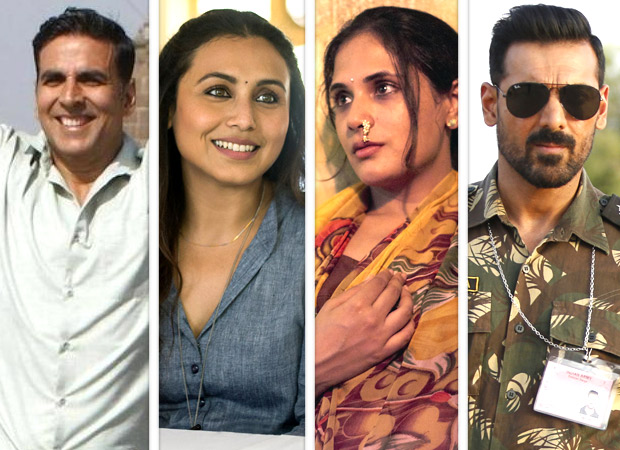 This hard-hitting, disturbing flick is world class not in terms of execution but also because it gets actors from India as well as Hollywood. It deals with the issue of sex trafficking and flesh trade and hits the right notes in most of the places.

This was another film to get into controversy but it was so well made that it managed to become one of John Abraham’s biggest solo hits despite releasing with very less promotions. The western audiences would surely be fascinated to see this film and get enlightened as to how India managed to become a nuclear power by keeping the world in the dark.

Raazi was a well-made film in all respects. The world is celebrating woman power in cinema and Raazi is an epitome of it. The fact that it’s a real story makes it all the more interesting!

Well, Gold wasn’t the best sports flick. But the emotional and dramatic scenes surely have an appeal. The tension-filled climax is highly engrossing and takes the film to dizzying heights.

Which Hindi film do you think out of these is the most deserving? Or is there any deserving that we have missed? Do let us know in the comments section!