Recently Priyanka Chopra and Nick Jonas yet again set news reports buzzing about their newlywed’s romance on the red carpet of Oscars after party by Vanity Fair. Well, as expected, it was a star studded evening with many guests sashaying the bash at their glamorous best. But it seems that Priyanka’s look has have impressed quite a few of them and surprisingly, one of them is Miley Cyrus. The Disney star, who used to once date Nick Jonas, didn’t refrain from commenting and poured out her love on Instagram leaving everyone quite astonished! 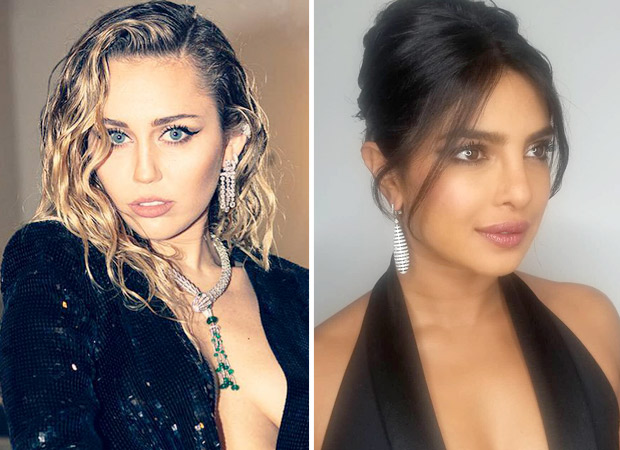 The famous makeup artist Pati Prema Dubroff took to Instagram to share a BTS picture of Priyanka Chopra before she went to attend the Oscars after party. Right after she finished completing the glamorous look that the actress sported at the bash, she posted this picture. When singer Miley Cyrus came across the same, she commented saying, “Pretty! Love,” with a heart emoji. 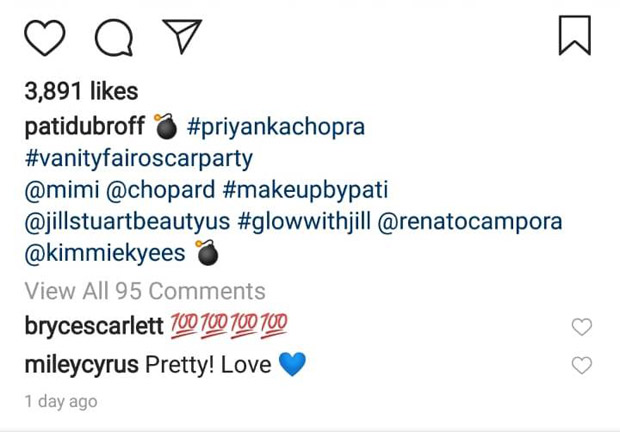 Here’s a glimpse of the picture that was posted on Instagram:

Not surprisingly, her comment didn’t go unnoticed by her fans who considering her history with Nick Jonas, couldn’t stop gushing at her generous nature. Interestingly, Priyanka Chopra was also the co-star of Miley Cyrus’ husband Liam Hemsworth in their last release Isn’t It Romantic? The singer had attended the premiere of the film too minus Liam owing to his unwell health.

Also Read: Priyanka Chopra and Nick Jonas share the most ADORABLE moment at Oscars after party and the internet is going gaga over it