Bollywood celebrities are pretty social media savvy. These days, social media plays a veru important in their film promotions. Katrina Kaif and Karan Johar are very active on their social media platforms. These two stars often post pictures with their friends, family and selfies. These BFFs not only enjoy sharing moments together but are often goofy on social media. 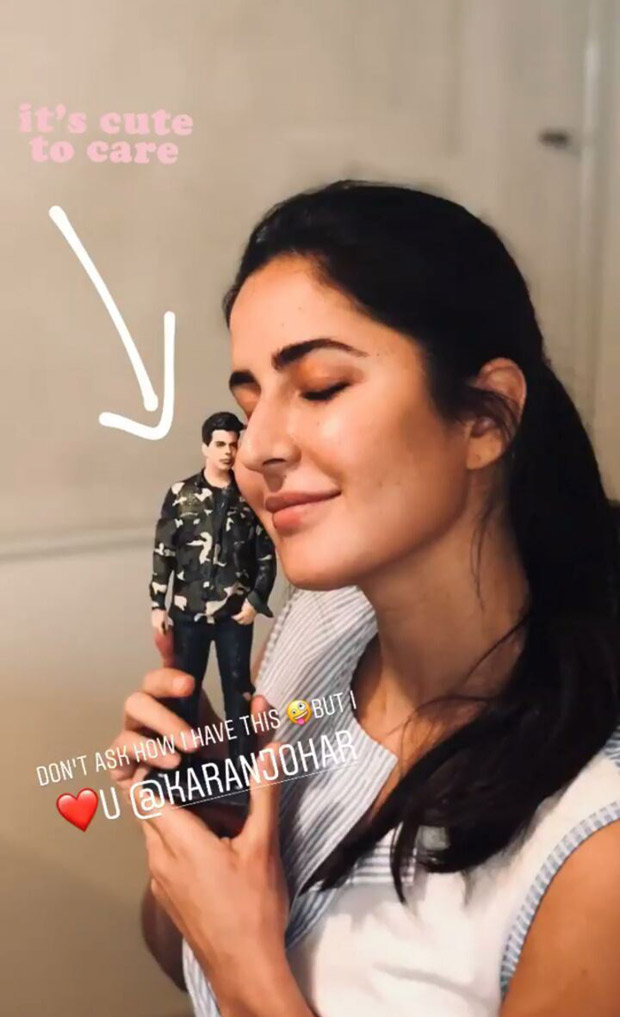 Katrina Kaif, on Saturday, shared a photograph on her Instagram story with a miniature doll of Karan Johar. Holding the doll, she was seen smiling away to glory. The doll is sporting a white tee with a camouflaged jacket with black jeans. She captioned the image, "Don't ask how I have ???? this but I❤U @KaranJohar."

On the work front, Katrina Kaif has two big projects lined up. One is Aanand L. Rai directorial Zero starring Shah Rukh Khan and Anushka Sharma in the lead. The film is set to release on December 21, 2018. The other one is Vijay Krishna Acharya’s Thugs of Hindostan starring Aamir Khan, Amitabh Bachchan, and Fatima Sana Shaikh. Both the films are scheduled for 2018 release. The film is set for November 2018 release. The actress has already signed a dance film opposite Varun Dhawan.