Last Updated 27.01.2020 | 7:25 AM IST
feedback language
follow us on
Home » News » Bollywood Features News » On superstar Yash’s birthday, daughter Arya has the sweetest gift to give

Superstar Yash celebrates his 34th birthday today, and his fans are making it as big as they can. Yash, meanwhile, got the sweetest surprise from wife Radhika Pandit and daughter Arya. After all, what's sweeter than the little one trying to bake a cake for her daddy darling? 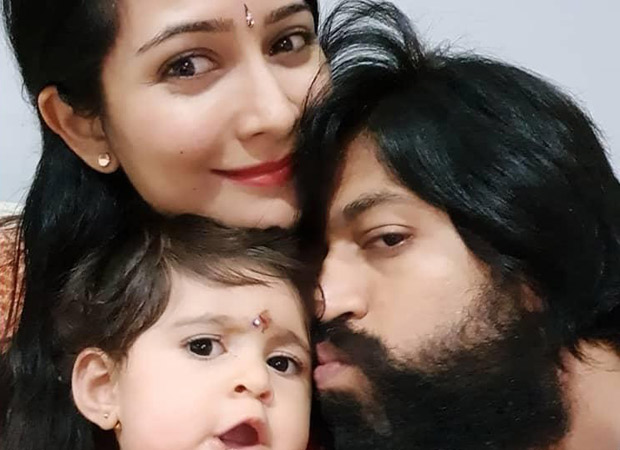 Even better, the mommy-daughter duo took over Yash's Instagram handle. There, we came across a super adorable video of Arya helping her mom bake a cake. "SURPRISE! We’ve taken over your account like we’ve taken over your life…. Happy birthday to the one and only #RockingStar⭐from your biggest fans! #hackedwithlove #ayradhika #rockinghabba2020," the caption read.

Fans, on the other hand, have also arranged a kg that weighs a whopping 5000 kg! The cake will be cut in the evening. A 216-feet tall cut-out of the actor has been also installed, and for fans who want to come for the celebration from distant celebrations, special buses have been arranged.

Yash, whose KGF: Chapter 1 was a major success, is now working on the second edition which is releasing this year.

“I’ve lived with Forgotten Army for 20…

"Debuting opposite Ranveer Singh gives me…

EXCLUSIVE: Will Hrithik Roshan and Tiger…