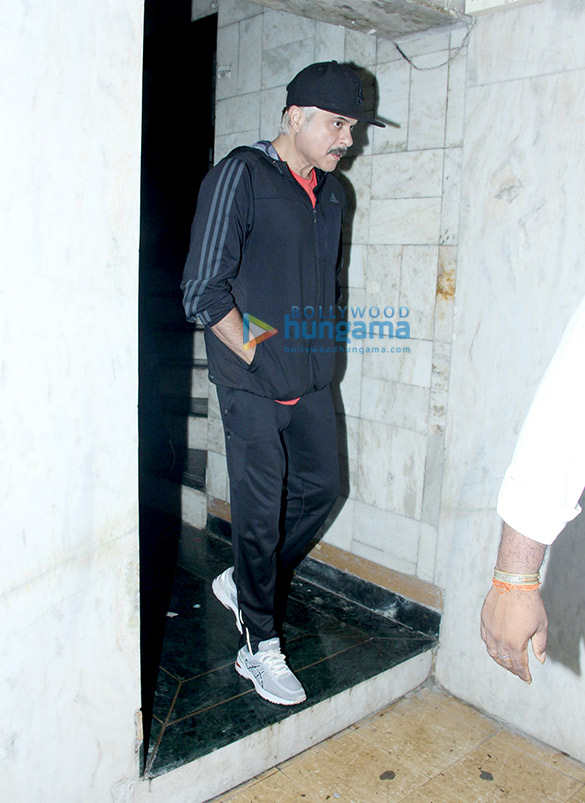 Anil Kapoor is 60 years old but looks extremely young and fit even today. The manner in which he has taken care of his health and looks is praiseworthy and has been a source of inspiration for many, especially in Bollywood. The actor has never felt the need to play the roles of his age as a result. In fact, the first time he greyed his hair to look his age was for the 2015 film Dil Dhadakne Do, directed by Zoya Akhtar.

Anil Kapoor however is now all set to surprise everyone with the upcoming film Fanney Khan. There were reports that the actor will have a unique look in the film. And the look has now been leaked, when the actor was spotted at the BBlunt Salon in Andheri, Mumbai. The actor it seems has complete grey hair for this film. He was careful to hide his new hairdo by wearing a cup. Still, his hair was visible from the sides. Imagine the craze that will be unleashed when Anil Kapoor’s complete look for Fanney Khan will be unveiled!

Fanney Khan is the official remake of the Oscar nominated Dutch 2000 film Everybody's Famous. It also features Aishwarya Rai Bachchan and R Madhavan. It is produced by Rakeysh Omprakash Mehra and Prernaa Arora and is directed by Atul Manjrekar.