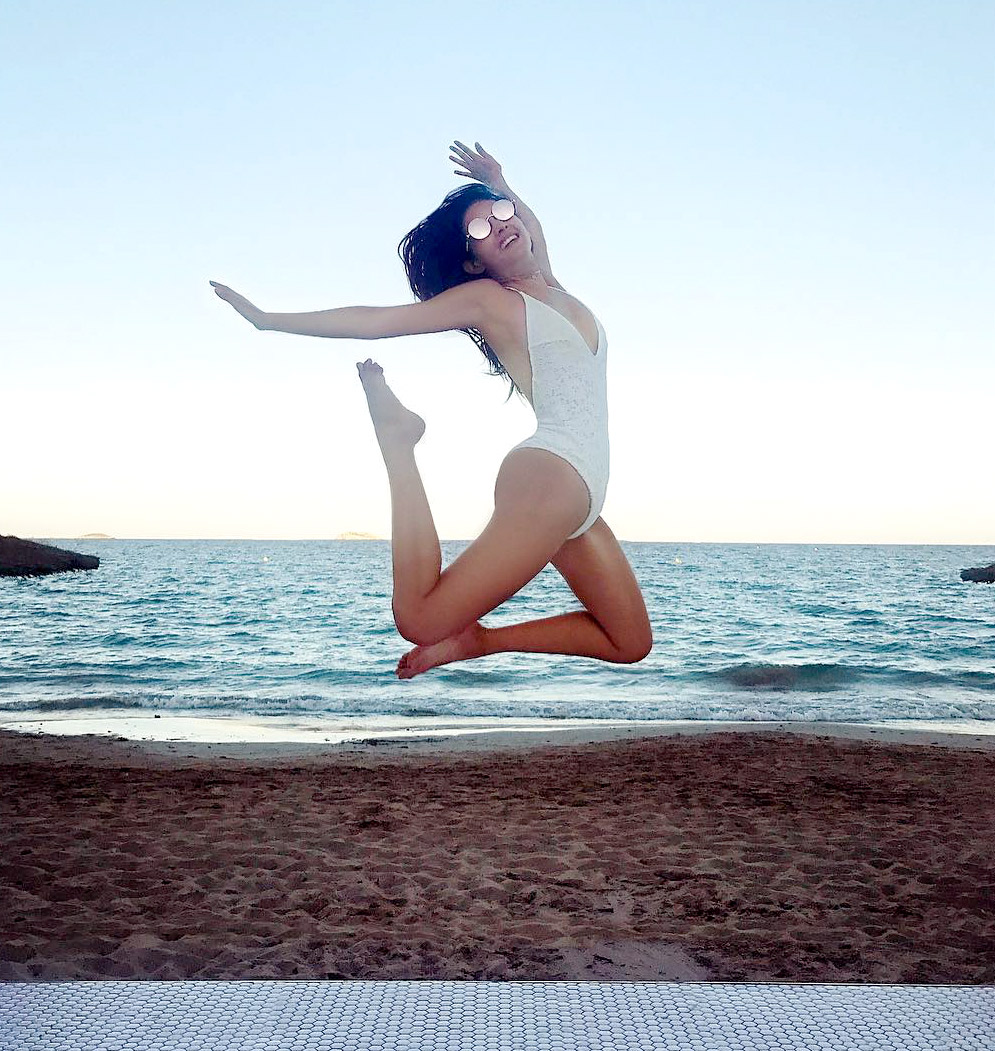 The beach town of Ibiza in Spain has become Bollywood celebrities’ go-to destination, especially after Ranbir Kapoor and Katrina Kaif were spotted holidaying there secretly in 2013. Ever since, Neha Dhupia, Sridevi and family, Huma Qureshi, Amy Jackson, Shahid Kapoor and masny others have visited this Spanish town to chill. The latest celebrity to join this list is Amyra Dastur.

The actress has been posting pictures from her Ibiza holiday since around 5-6 days. But today she posted a hot picture that really caught our attention. It features her wearing a white monokini on the beach and also sunglasses. She can be jumping with joy. The timing of the picture is quite correct, courtesy photographer Riya Panjabi. The way her hands and legs are positioned, her expressions and the serene water behind – all these factors come together quite well to create a great impact. The caption of the picture is, “Hello #Friday”

Amy Jackson began her career four years ago with Issaq, opposite Prateik Babbar. She then was seen in Emraan Hashmi’s thriller Mr X. Earlier this year; she made her international debut with Kung Fu Yoga, co-starring Jackie Chan, Sonu Sood and Disha Patani. Her next Hindi film is Kaalakaandi, co-starring Saif Ali Khan, Akshay Oberoi and Shenaz Treasury.