At the recently held Elle Beauty Awards 2019, Ranveer Singh managed to grab eyeballs for his bare-chested look. The actor, however, got outsmarted by actress Anushka Sharma at the event. When Ranveer was called on stage to accept an award, the actor shared his view on success. The actor decided to go around the audience and ask them what success means to them. He first went to his Band Baaja Baaarat co-star Anushka Sharma, who had a witty response to his question. 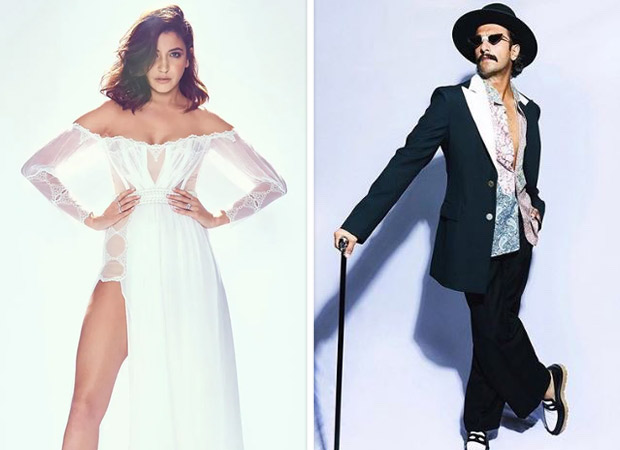 She instead asked Ranveer to calm down as she pointed out, "Ranveer you are not the host". Ranveer was left in splits and could be heard saying, “Oh sorry!” For the awards night, Anushka wore a Hila and Kristian Aadnevik gown. The actress looked gorgeous in the off-shoulder white silk chiffon gown with French lace and leather details.

. #RanveerOfficial: let ask the very beautiful and talented Anushka Sharma what does success means to you? #AnushkaSharma: you’re not a host. At #EllleBeautyAwards tonight. #AnuVeer (video credit : Twitter :RanveerSinghtbt)

Meanwhile, on the work front, Anushka Sharma was last seen in the film Zero where she played a NASA scientist. The actress has not signed any project yet. On the other hand, Ranveer Singh will next be seen playing the lead in Kabir Khan's 83. He will also be seen in Divyang Thakkar's Jayeshbhai Jordaar and Karan Johar's Takht.

Also Read: BH Picks: From Ranveer Singh to Kareena Kapoor Khan, the most stylish celebs at the Elle Beauty Awards 2019