Kareena Kapoor Khan seems to have decided to walk down the memory lane after a surprise meet in Kalimpong. Not too long ago, we had reported that she is shooting for Sujoy Ghosh’s dream film, Devotion of Suspect X. During the shoot schedule, the actress bumped into one of her childhood friends and needless to say, it prompted some fond school time memories. The actress took to Instagram to share those nostalgic moments with her followers. 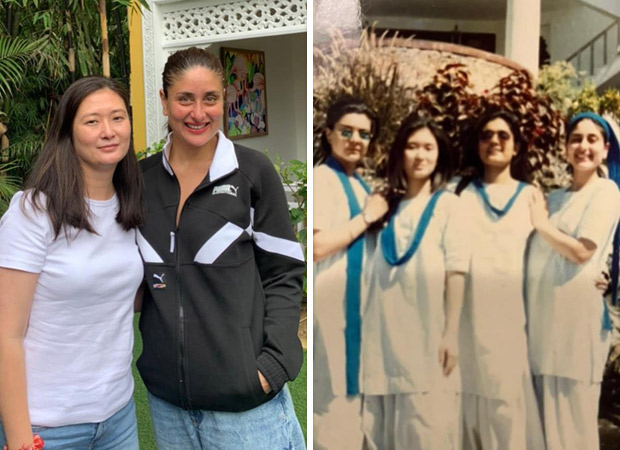 NOSTALGIA FEELS! Kareena Kapoor Khan shares these RARE photos with her childhood trip with her friends

In her recent Instagram post, Kareena Kapoor Khan shared a series of photos of her with her girl gang from a Rajasthan trip that they had taken in 1996. The photos feature the actress along with her friends in a uniform of white salwar-kurta and blue dupatta. The final one is a current photo of the actress with one of her friends. Sharing these, she captioned them saying, “Went to Kalimpong to shoot a movie…left with a treasure trove …our profession has a wonderful way of connecting the dots …through our travels… Welham Girls Rajasthan trip Circa1996❤️ Thank you @dolkad for these❤️”

Speaking about the forthcoming film, the yet-to-be-titled Sujoy Ghosh directorial is based on the Japanese murder mystery novel, Devotion of Suspect X written by famous author Keigo Higashino. The film also features Jaideep Ahlawat, Vijay Varma, and Jay Shewakarmani amongst others. While the film went on floors earlier this month, it is expected to stream on Netflix. The film marks the OTT debut of Kareena Kapoor Khan.

Also Read: Devotion of Suspect X: Kareena Kapoor Khan gets pouty with co-star Jaideep Ahlawat on the sets of the Sujoy Ghosh directorial